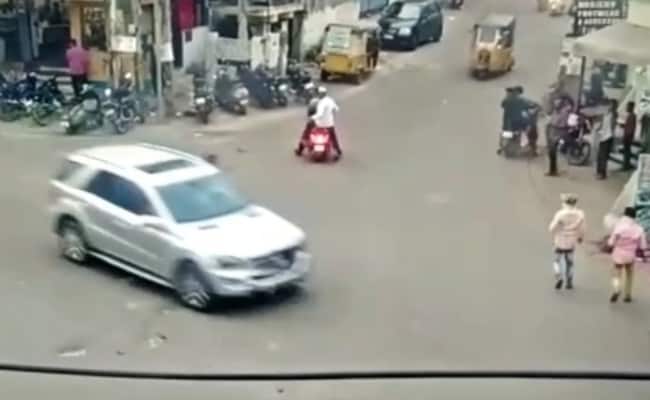 Hyderabad: Eyewitnesses told the police that a young man was driving the car.

A woman died and five others were seriously injured on Wednesday after a Mercedes SUV ran over a pedestrian and rammed an auto-rickshaw and other vehicles in Hyderabad’s Old City area. The driver of the car and the co-passengers allegedly fled after the accident.

Eyewitnesses told the police that a young man was driving the car. They had been on a joyride and were allegedly speeding.

CCTV footage shows the car – a Mercedes GL-350 that costs over Rs 70 lakh – crossing an intersection dangerously. People on the road at the time are seen in the clip scampering to safety.

Police said the owner of the Maharashtra-registered car had fled with his family but was arrested later.

The police have seized the car and registered a case against the man.

Th Muivah, At Helm Of Talks With Centre On Naga Issue, Hospitalised