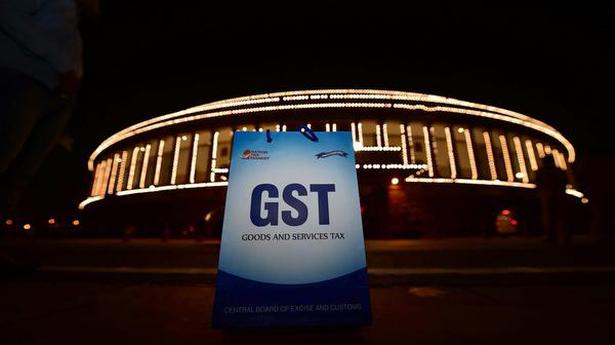 The Centre on October 15 made a departure from its stance that States should undertake market borrowings to bridge the ₹1.1 lakh crore of GST compensation shortfall this year, stating that the Government of India will now undertake the required borrowings in tranches and pass it on to States as a ‘back-to-back loan’ that will reflect on their own books.

India, China talks on disengagement at the Line of Actual Control (LAC) were a “work in progress”, and “confidential” at present, said External Affairs Minister S. Jaishankar, even as the Ministry of External Affairs (MEA) asserted that the two sides now have a “better understanding” of each other’s positions.

The Supreme Court on Thursday said crimes against women continued in a “never-ending cycle” in India. In a 151-page judgment, a Bench led by Justice Ashok Bhushan said women in India faced violence and discrimination in one form or the other in their various roles as daughter, sister, wife, mother, partner or single woman.

Prime Minister Narendra Modi on Thursday chaired a review meeting on the research and vaccine deployment ecosystem against COVID-19, including testing technologies, contact tracing, drugs and therapeutics, said a press release by the government.

At least three people connected to Joe Biden’s presidential campaign have tested positive for the coronavirus, leading the campaign to suspend in-person events for vice-presidential nominee Kamala Harris through Monday.

Railway Board CEO and Chairman V.K. Yadav on Thursday said while they did not plan to completely do away with sleeper class coaches, only air-conditioned coaches would be used on select routes where trains would run at a speed of 130 kmph or higher.

The Army’s Court of Inquiry (CoI) into Operation Amshipora in Shopian, in which three terrorists were killed and the Army had accepted there were excesses, would complete recording statements within the next 10 days and action taken as per the recommendations, said Maj. Gen. Rashim Bali, General Officer Commanding of the Victor Force covering South Kashmir under 15 Corps, said on Thursday.

Amid reports of differences in the Congress party over candidates for the Bihar Assembly elections, the Mahagathbandhan (Grand Alliance) released a joint list of candidates for all 243 seats in the State late on Thursday night.

The Ministry of Culture on Thursday issued detailed Standard Operating Procedures (SOPs) to facilitate organisation of cultural events during the COVID-19 pandemic. The SOPs are based on the Unlock 5.0 guidelines of the Union Home Ministry and have been finalised after taking into consideration the suggestions received from various stakeholders in the creative industry.

Kings XI Punjab nearly made a mess of it once again, but Nicholas Pooran’s six off the last ball ended the team’s losing streak on Thursday. K.L. Rahul’s men beat Royal Challengers Bangalore by eight wickets at the Sharjah Cricket Stadium.