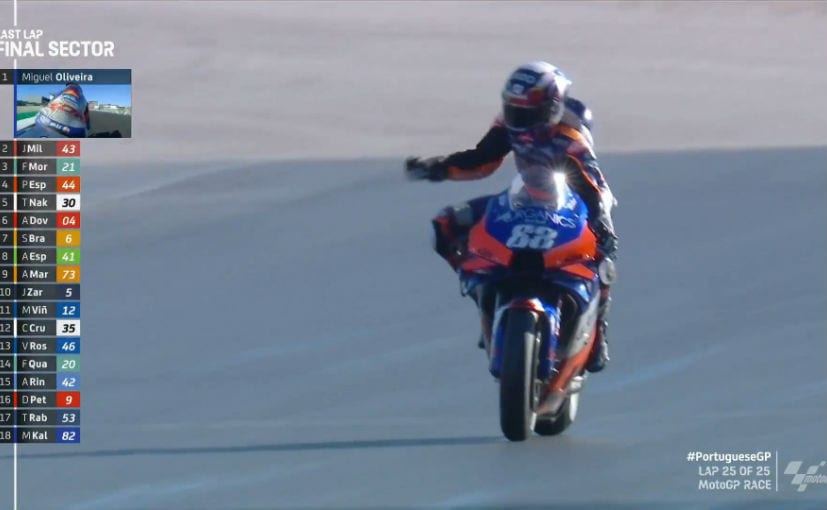 Tech 3 KTM rider Miguel Oliveira took a dominant victory in the Portuguese Grand Prix, the grand finale to the 2020 MotoGP season. The rider led all 25 laps of the race to claim his career’s second win, drawing the curtains to his time at Tech 3 KTM on a high. The rider moves to the factory KTM team next season. For 2020 world champion Joan Mir, the Portuguese GP turned out to be disastrous after the rider had an early retirement, denying the triple crown for Team Suzuki. Joining Oliveira on the podium was Pramac’s Jack Miller helping Ducati claim its first constructors’ championship since 2007, while SRT rider Franco Morbidelli took the last spot on the podium. 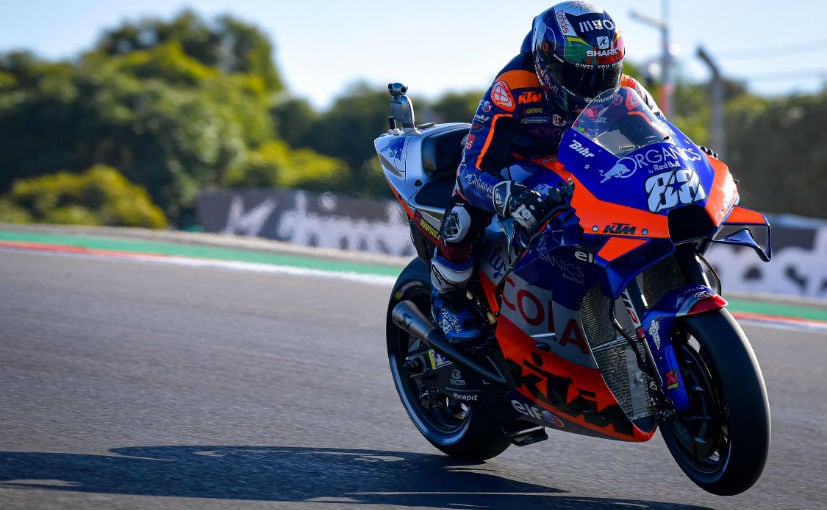 Oliveira started his home race on pole position, his first-ever, followed by Morbidelli and Miller in the front row. By Lap 2, the rider was 1.5s clear of Morbidelli and had a perfect run through the race, not making any mistakes. By the closing stages, the Tech3 rider had built a lead of nearly 4s over Miller taking the victory at Portimao, in what was MotoGP’s first race in Portugal since 2012. 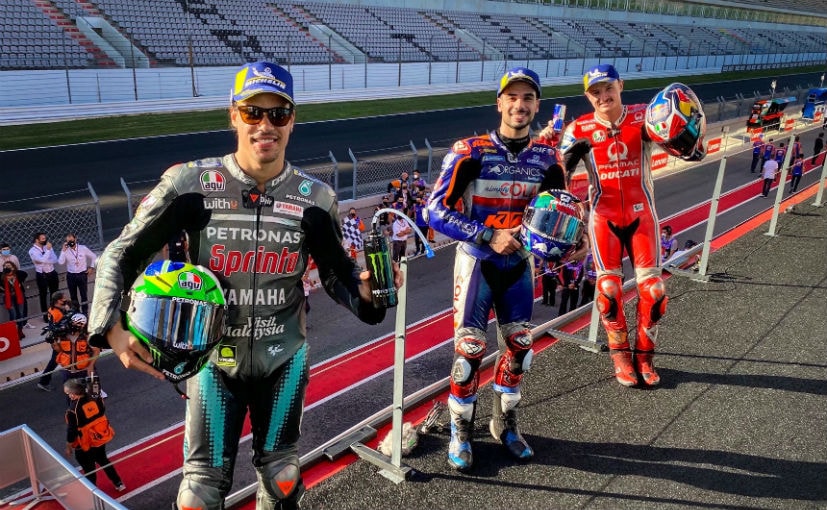 On the podium – Miguel Oliveira, Jack Miller and Franco Morbidelli

Meanwhile, Mir started the race in 20th place and was involved in a collision with Francesco Bagnaia of Pramac Ducati early on. The collision dislocated Bagnaia’s shoulder, while Mir had another contact two laps later with Avintia Ducati rider Johann Zarco dropping down to 20th again after climbing up to 12th. The rider retired soon after on Lap 16 after a mechanical issue, ending hopes for Suzuki to seal the constructors’ championship, which would’ve been its first since 1982.

There was more action for P2 as Morbidelli and Miller duelled for the spot. Morbidelli managed to keep defending the position for most of the race but the Pramac rider found the gap on Turn 13 of the final lap and ended his final race with the satellite Ducati team in second place. Morbidelli still made it to the podium with no threat to P3, wrapping up a brilliant season for Petronas SRT Yamaha on the 2019-spec M1. Finishing at P4 was Pol Espargaro on the KTM, followed by LCR Honda’s Takaaki Nakagami at P5. Ducati’s Andrea Dovizioso secured P6 after starting from P12 in his final appearance with Ducati and MotoGP as he takes a break from the sport next year. Honda’s Stefan Bradl secured P7 ahead of his teammate Alex Marquez, followed by Aleix Espargaro at P8. Johann Zarco finished at P10 on the Avintia.

Yamaha’s Maverick Vinales took P11, while Valentino Rossi finished at P12 in his final race with the factory Yamaha team. The rider moves to Petronas SRT Yamaha next year. It was the final appearance of Cal Crutchlow with LCR Honda as the rider bids farewell to MotoGP for a full-time test rider role next year.

Also Read: MotoGP: Marquez To Return Only In 2021, Bradl Will Continue With Honda For Final Races 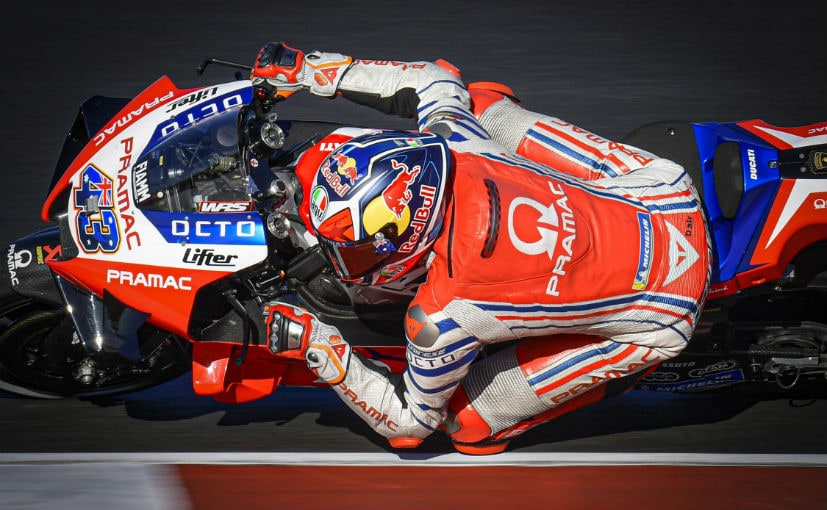 Petronas SRT Yamaha’s Fabio Quartararo finished the race in 14th place, bringing an end to an interesting season for the rider. The disappointing finish also saw him drop down to eighth in the final championship standings. Alex Rins on the Suzuki took the final point finishing 15th.

Danilo Petrucci on the Ducati finished outside points at P16, followed by Mika Kallio on the second Tech 3 KTM bike. Avintia Ducati’s Tito Rabat took P17 in his final MotoGP appearance. Apart from Mir, KTM’s Brad Binder, Pramac’s Bagnaia, and Aprilia’s Lorenzo Savadori were the other retirements in the Portuguese GP.