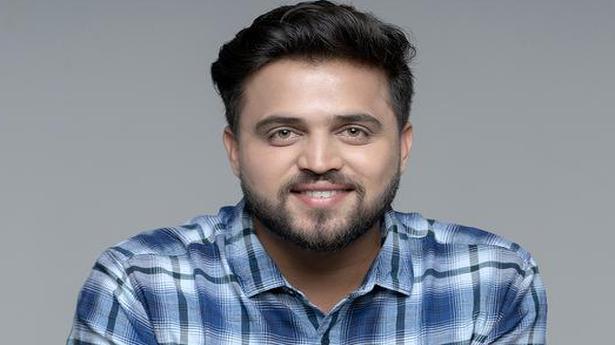 Nakul Abhyankar is busy with a Kannada film titled Love Mocktail 2. Centred around love, the sequel to last year’s Love Mocktail, is releasing a song, ‘Ninadene Januma’ on Valentine’s Day. The lyrics are penned by Raghavendra Kamath and the film features Krishna and Milana Nagaraj, who will be tying the knot on Valentine’s Day and the happy couple will play the song at its wedding. Excerpts from a quick interview with Nakul:

What are the challenges of composing songs for a film?

There are plenty (laughs). We start by listening to the story and discussing what the director has in mind. Once we are familiar with the situation we decide the song placement. A song cannot be added in randomly. It has to be introduced in a manner that it adds to the story and narration. There are four songs in the film, and each one comes at a crucial moment and have a story to tell. Composing songs for films is a tricky task; they have to be liked by the team and the audience. The song has to be created in such a manner that it can be watched as a part of the film, and also to be listened to without context while driving or walking. It has to be able to stand independent of the film too.

There have been films without songs or even a background score. How crucial would you say music is for a film?

Yes, there are films like that. It is contextual, each film is different, in its tone, feel and emotion. The background score stems from the type of story you are telling and the mood of the film. We compose music first for the songs and try and extract the background score from that. Films, sans music, may work for serious films. Songs are, however, crucial for a comedy. Music can convey what comes next even before the emotion is brought on the screen.

You are trained in Hindustani and Carnatic music. Does that give you an added advantage in your profession?

Yes, it does. Being a student of Indian and Western classical music gives me ample scope to experiment with music itself. Experimenting is crucial, else your music can end up sounding repetitive and mundane.

You have worked with music directors like AR Rahman, Venkat Bharadwaj and Anup Bhandari. How has working in different languages and with personalities been?

It has been a great blessing, especially working with Rahman. His music is never stereotypical. Lagaan sounds different from Rang de Basanti or Roja. There is so much music coming from the same man. And he is evolving constantly and will never ever sound boring.

Working with Anup and Venkat has taught me that there is no formula for anything. Every film is an experiment and a new project, so is every song. Composing for a film is not bringing in my tune, but, how to blend my work with the theme.