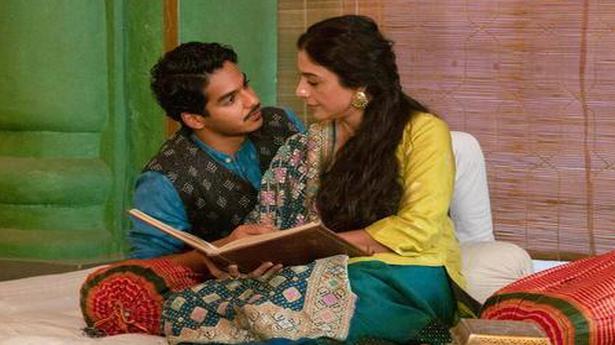 Mira Nair’s adaptation of Vikram Seth’s acclaimed novel, a British romantic thriller and a drama about an orphan chess prodigy are the highlights of the week

Here is a full list of titles coming this week:

1787, France. While investigating a series of mysterious murders, Joseph Guillotin – the future inventor of the world famous ‘Guillotine’ – uncovers an unknown virus: the Blue Blood.

In 1950s Spain, a couple summon their son home from Mexico to introduce him to his fiancée, but are shocked when he returns with a ballerino.

This season truly takes the Discovery crew where no one has gone before: 930 years into the future. And the Federation has undergone a few changes.

Five students at the largest public high school in Brooklyn take on a chaotic world as they fight to succeed, survive, break free and seize the future.

Shea and Syd McGee of Studio McGee help dreams come true for real families looking to update their home tailored to their own unique style.

Pup Academy is back in session! But a new threat arises as a wicked plan to destroy the bond between humans and dogs takes shape.

The Trial of the Chicago 7

What was intended to be a peaceful protest at the 1968 Democratic National Convention turned into a violent clash with police and the National Guard.

The Last Kids on Earth: Book 3

As the four pals continue to live it up with their monster allies, Jack worries a newly discovered radio transmitter may put an end to the fun.

Lightning splits the Magic School Bus into three pieces, scattering the class across the globe with different versions of Ms. Frizzle aboard each bus!

My Next Guest Needs No Introduction With David Letterman: Season 3

TV legend David Letterman teams up with Dave Chappelle, Robert Downey Jr. and more for another season of in-depth interviews and curiosity-fueled excursions.

You Me Her: Season 5

Izzy returns to Portland to find that life has continued on without her.

The Alienist: Angel of Darkness

Sara Howard calls on her friends Dr. Laszlo Kreizler and journalist John Moore for assistance when she’s hired to find the Spanish ambassador’s kidnapped baby, leading to the discovery of a disturbing series of murders.

A family is invited into a theatre performance during an apocalypse and promised a meal and a good night as escapism for the situation.

1951. In a newly independent India, passionate literature student Lata Mehra is torn between family duty and the promise of romance as three very different men try to win her heart.

Discover the brilliant dancers and choreographers who are shaping the art of movement around the world in this documentary series.

Based on the novel by Walter Tevis, the Netflix limited series drama is a coming-of-age story that explores the true cost of genius.

Three people’s fates are interwoven in the Battle of the Teutoburg Forest in 9 A.D., during which Germanic warriors halt the spread of the Roman Empire.