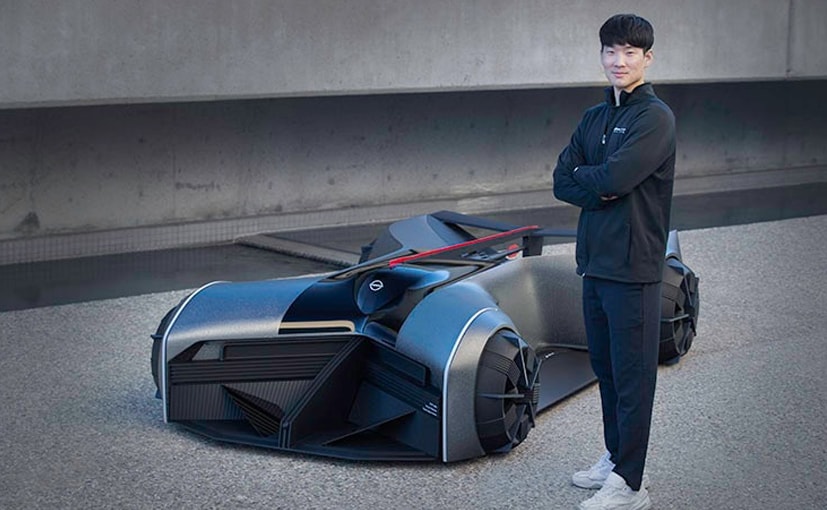 The completed project runs just under 10 feet long and sits just over two feet high. The single occupant, the driver, rests horizontally in a “prone” position with limbs extended in an X-shape.

It was in 1970 that a supercar emerged in Japan with a badge that read ‘GT-R’. While everyone back then wondered what this was, no one could have predicted that it would be synonymous with supreme performance and absolute spine tingling technology. And that’s why 50 years later, when you hear the words ‘GT-R’ it invokes that very spirit and maybe 50 years from now it still will. Well, that was what was at the back of the mind of future car designer Jaebum Choi. Choi, like many of the graduating seniors at ArtCenter College of Design in Pasadena, Calif., looked to the future for his final thesis – not 50 years, but the year 2050. He selected a vehicle with a rebel soul – the Nissan GT-R – for a design study in a future autonomous era when machines can embody a driver’s emotion through a physical connection. 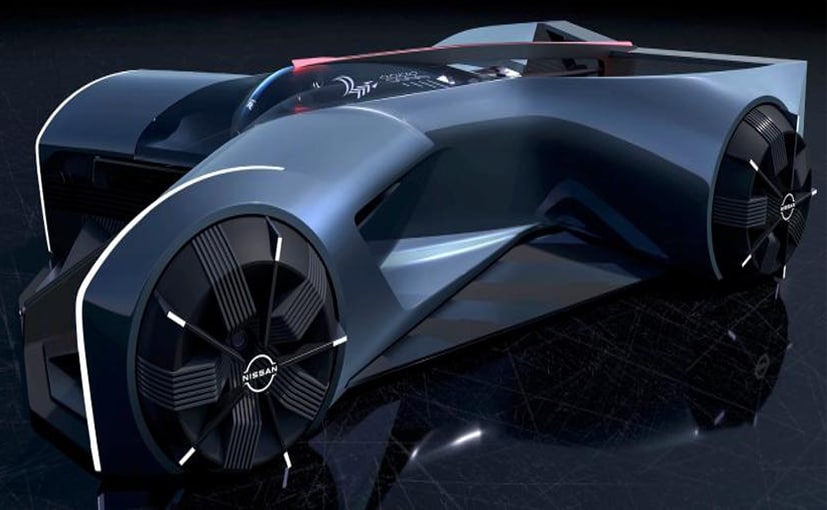 Choi also was starting an internship at Nissan Design America (NDA) in La Jolla, California at a time when COVID-19 restrictions changed how everyone was thinking about the future. Soon his student thesis took wings, and his vision for the Nissan GT-R(X) 2050 was born.

The completed project runs just under 10 feet long and sits just over two feet high. The single occupant, the driver, rests horizontally in a “prone” position with limbs extended in an X-shape. The driver wears a futuristic, form-fitting suit and helmet that resembles a superbike riders’ protective helmets and leathers. The GT-R (X) 2050 has been envisioned as a wearable machine connecting the human brain to the computer’s, which would provide better performance than ‘ordinary’ self-driving cars. The vehicle imitates the shape of the human body so it can efficiently protect the brain.

The futuristic project still takes cues from the current Nissan GT-R – namely its bold, dramatic surfaces, monolithic body volumes and V-motion design features. It also has iconic GT-R taillights and red-striped accents of the GT-R NISMO.Another unique element is the GT-R styled helmet and “docking” suit. The helmet was designed to be inserted into a slot for front vision camera shared with VR vision. A brain-to-core transmitter would help the human brain activate digitalized signals. 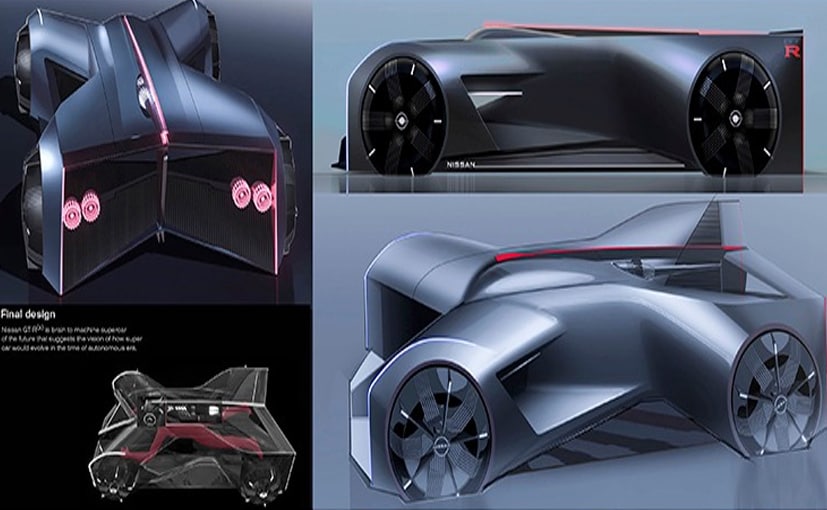 As a vehicle that would be ‘driven’, most likely at night, maneuverability would be a critical part of its high-power electric performance. Choi imagines the vehicle’s one-piece wheel/tire units as having a shape close to square, allowing the vehicle to turn 360 degrees. The outer tire diameter measures 21 inches and inner wheel circle is 15 inches. The wheels’ spoke pattern was designed to help the wheel cool down fast, even under extreme braking.

The GT-R(X) 2050 also deploys an active wing that would add downforce when extended. The wings fold so the driver can get in and out of the car.