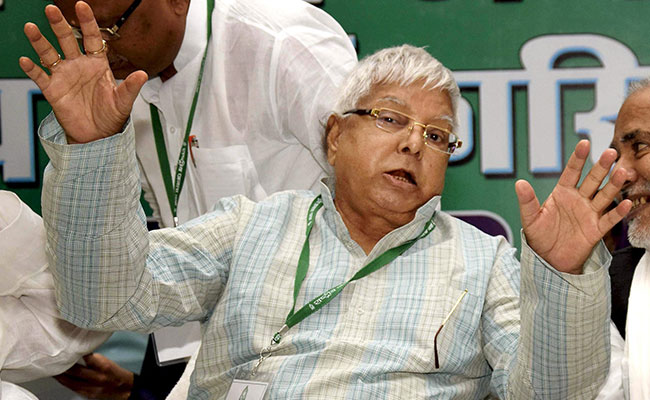 Lalu Yadav’s tweet came ahead of the second phase of elections in Bihar.

“It is a trouble engine, not a double engine. Where was the double engine while bringing back the trapped workers in the lockdown?” the RJD chief posted on Twitter.

PM Modi while addressing a rally earlier today in Chapra which is Lalu Yadav’s bastion, had said that the “NDA’s double-engine government is committed to development, but ‘double-double Yuvraj’ are only concerned about protecting their respective thrones,” he said, referring to Lalu Yadav’s son Tejashwi Yadav and Congress leader Rahul Gandhi.

At a joint-rally with Rahul Gandhi, Tejashwi Yadav had said that his father Lalu Yadav who is in jail for corruption, will get bail on November 9 – on Tejashwi Yadav’s birthday and the next day, November 10 will be incumbent chief minister Nitish Kumar’s farewell.

November 10 is the day for counting of votes.

On October 9, Jharkhand High Court had granted bail to the former Bihar Chief Minister in a fodder scam case related to fraudulent withdrawals amounting to Rs 33.67 crore from the Chaibasa treasury. He is, however, still in jail as he is serving sentence in connection with another case.