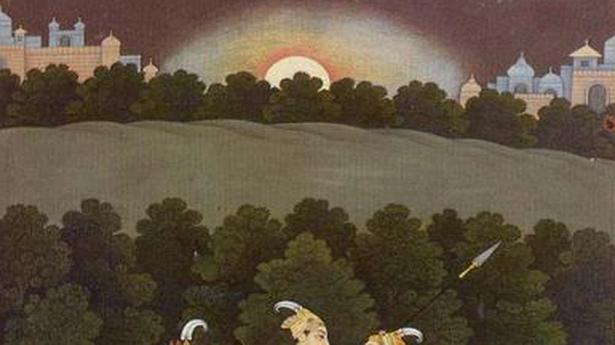 I was in Mandu, Madhya Pradesh, last month as part of the Mandu Festival. The historic city buzzed with tourists enjoying the great outdoors after months of lockdown. Decked with fluttering pennants, dream-catchers and fairy lights, the famed baobab trees looked alive.

With some 3,000 historic monuments scattered all over, Mandu has stories at every corner. But the tale that intrigued me the most was the 16th century romance of Rani Roopmati and Baz Bahadur, the sultan of Malwa. I sought out the monuments connected to them and so met Deepak Gadvi, a local guide, who regaled me with stories.

For the love of the river

Roopmati was a beautiful shepherdess with a lovely voice. Baz Bahadur, the last independent ruler of Mandu, heard her singing and fell in love. He invited her over to Mandu. While Roopmati too was smitten, she refused to go with the sultan because she venerated the Narmada river, which wasn’t visible from Mandu.

“That is when Baz Bahadur had two pavilions constructed atop the Roopmati palace in just 48 hours, so that she could catch a glimpse of the gleaming Narmada miles away,” said Deepak, accompanying me to Rani Roopmati Mahal, situated at an elevation. Originally envisaged as an army post, the pavilion’s upper level offers bird’s eye view of the city.

Close by is Rewa Kund (Rewa is another name for Narmada and kund means tank), believed to have also been constructed around Roopmati’s time. According to local lore, Narmada was so impressed by Roopmati’s devotion that she appeared to her in her dreams and asked her to dig the place near the foothills of Baz Bahadur’s palace. Water sprang up when the ground was dug. The tank probably is fed by Narmada’s water from an underground natural fissure.

Baz Bahadur spent a life of music and poetry with Roopmati — hymns and paintings speak of their legendary love. On one of the evenings of the festival, I managed to catch a light-and-sound show, which continued with the love story.

Besotted with Roopmati, Baz Bahadur started neglecting the affairs of his kingdom and was soon defeated by Akbar’s Mughal army led by Adham Khan. Baz Bahadur fled to save himself.

Adham Khan, who had heard much about Roopmati’s beauty, wanted her for himself. She refused, he persisted. Roopmati invited him over to her palace. When Adham Khan reached the mahal, she was dead, having poisoned herself. Is the tragic story true or folklore? Nobody knows for certain. But this romance between a Muslim ruler and his Hindu queen is still hailed as way ahead of its time.

The freelance writer and photographer from Bengaluru seeks offbeat experiences through travel.