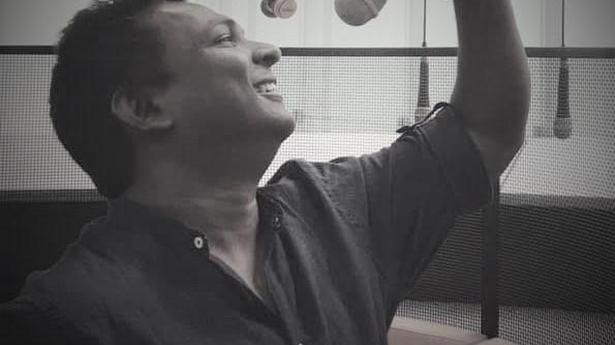 Musician Rahul Raj has had a busy spell; he has composed for two big projects — The Priest starring Mammootty, which released recently, and Priyadarshan’s upcoming film featuring Mohanlal, Marakkar: Lion of the Arabian Sea.

Working on the projects, he says, was “a lot of pressure, but also creatively energising”. The Priest was a mystery thriller, Marakkar… with Mohanlal in the lead, is a period film. Rahul had to navigate two very different soundscapes, juggling between cinematic scenarios. “It was challenging, but fun,” he says.

In 2019, Rahul returned to India after completing a postgraduate degree in scoring for films from the Valencia (Spain) campus of The Berklee College of Music, the composer adds that he has been looking at film music differently since.

“Film music should not stand out. It should blend in seamlessly and be a tool that aids in story telling. If you ask me what my greatest takeaway from Berklee was, I would say that it taught me to work in tandem with the team,” he says, adding, “It is not about how great a musician you are. If you want to be a composer for films, you have to be a filmmaker at heart. So, we work as one team to create the mood of the film.”

A break from career to study

Rahul opted to study at a time when he was flush with projects. “Taking a year’s break was definitely a risk, especially for someone like me who was already established in the industry. But when one is passionate about something, one just has to do it,” he says.

The song ‘Neelambale’ from The Priest has been garnering praise not just for its melody, but also for bringing back singer Sujatha Mohan. “For a song with such positive vibes, I wanted a voice with a vintage feel. The song was tailor-made for Sujatha and when she lent her voice, it evolved to a whole new level,” he says. Music for The Priest, which helped create an experience of the film, was very well received.

Working for Marakkar… which is slated for release in May, needed a well-researched approach. A period film set in Malabar, the easiest would have been to give a regional flavour; however, “(director) Priyadarshan Sir was clear he was making a global movie — something reminiscent of the golden age of Hollywood films such as Ben-Hur or 10 Commandments.” Rahul says.

Rahul’s international exposure thus came in handy. He had composed, orchestrated and conducted a 52-piece London Orchestra at the celebrated AIR Studios, London. “Marakkar’s music had to have a global resonance,” he says, remarking that the “team effort” which went into the film’s composition and sound design “would pay off”. He is currently scoring music for B Unnikrishnan’s Mohanlal-starrer Aarattu.

The composer made his début 14 years ago with Mohanlal-starrer Chotta Mumbai, and has given a handful of melodies to cherish like ‘Pularumo’ in Ritu to ‘Hemanthamen’ in Kohinoor. He, however, feels his career has just started. He says, “I have a lot to offer. Every day is a new beginning.”