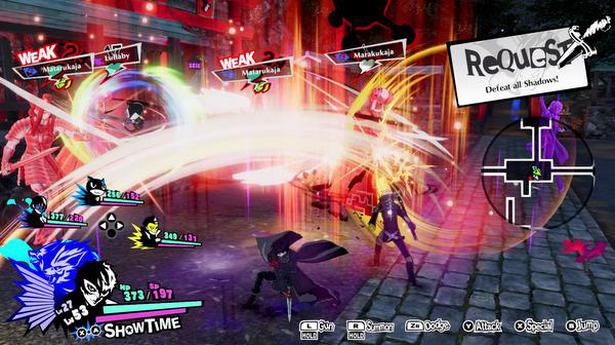 On the one hand, there is Persona 5, which is part of the legendary Persona series. It recently got a brand new Royal Edition as well. On the other hand, you have the team that brought you Dynasty Warriors, the crowd control action game series. You put these two together and you get Persona 5 Strikers. It is a Musou-type game, starring a bunch of high school children who masquerade as thieves who steal hearts.

This sounds like a disaster waiting to happen, right? Except it is the complete opposite.

Taking place right after the events of Persona 5, you assume the role of Joker, who with his friends — Ann, Ryuji, Makoto, the talking cat, Morgana, and the rest of the Phantom Thieves — go on a summer vacation. A wonderful road trip across the country is ruined by a new supernatural phenomenon that sees people stripped off their hearts’ desires. They get caught in the prison realm and you have to free them.

Much like the original Persona 5, the game’s narrative touches upon the dark world of social media. While not as in-depth as the original, Strikers manages to impress.

The game does not primarily focus on the ‘social calendar’ of a high school student, which was the mainstay of the series. Previously, you have to obsessively plan each day, thinking about whom to spend it with. In Strikers, things are much simpler. I missed the calendar, which was my favourite aspect of the Persona games. Nevertheless, it is good to be back with the gang with their infectious cheer and hilarious banter.

If you have played a Dynasty Warriors game, then you would know what to expect from Strikers. Your four-member party is overwhelmed by a horde of enemies. You have to dispatch them with stylish attacks. Persona 5 players will love the fact that you can call out your Persona attacks from the comic-style menu. Personas are figments of yourself that manifest as archetypal monsters, which you can befriend and call during combat. This formula works well in the action game format.

You can switch between your characters at will and unleash their signature attacks. You have to be mindful of your foes’ strengths and weaknesses, which is key to gaining advantage against overwhelming odds.

Nintendo Switch was often a chaos of special attacks, power moves and enemies. on the small screen. So, you would want to play the game on a bigger screen.

The graphics are true to the original; so, it feels like a sequel. Where the game shines is in the music department, as you will find yourself humming to its groovy soundtrack.

The voice acting is top-notch too especially considering the pandemic had made difficult for the voice artists.They had to record their bits from home with equipment sent by Atlus. Despite that, the actors seemed to slip into their roles beautifully.

If you were sad that Persona 5 ended, then Strikers will give you one more chance to spend some time with these beloved characters. Now, bear in mind, if you have not played Persona 5, then you should do that first before starting Strikers. Else, despite the new story, you might miss a lot of references and context.