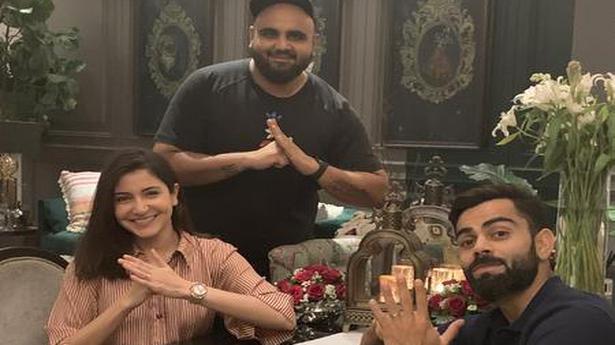 As they gear up for the festive season, from recreating butter chicken with tofu for Ranbir Kapoor to making Rajinikanth’s favourite payasam, the chefs talk about curated menus and signature dishes

Chef Sandhya S Kumar had a choice: board the flight and leave her precious set of seven knives behind or stay back in Dharamshala. As personal chef to Bollywood actor Jacqueline Fernandez, Sandhya had accompanied her to Himachal Pradesh for the shooting of Bhoot Police, when airport security raised objection.

“I cannot do without them,” she says; each of her knives costs about ₹5,000. “Although Jacqueline tried to persuade them, the security was extremely suspicious about my serrated bread knife! Finally, I had to write an undertaking stating my profession, and that those were not weapons but a chef’s kit, before they let it be taken in cargo,” Sandhya adds.

In India now, experienced personal chefs are sought after, for their curated menus, signature dishes and ability to innovate with healthy food. Keerthy Suresh, for instance, reportedly engaged a chef during the lockdown to come up with healthy meals for her.

The job comes with unique challenges. Harsh Dixit, Ranbir Kapoor’s personal chef, talks about how he searched high and low for tomatoes in Bulgaria and also created a three-course meal for 12. The menu included five different kinds of dumplings, two Asian main courses and one dessert, all cooked in a basic set up with two small induction cook tops and a miniscule sink. “It is the challenge of coming up with flavourful food with local produce and serving it with finesse that makes it an interesting profession,” asserts Mumbai-based Harsh.

Leneesh Vaikom, Malayalam actor Mammootty’s personal chef for 10 years, mentions that the star insists on oats puttu for lunch and maintains a strict vigil on his low-carb diet. “Mammookka hardly has any sweets and carbs. He is fond of seafood, especially certain varieties of fish like pearl spot. But he likes them curried and not fried,” says Leneesh, who now has his own catering unit that supplies film units.

Harsh says while travelling with stars may sound romantic,there is a lot of hard work involved. It becomes tougher when the hotels they stay in either lack cooking facilities or don’t permit guests to cook. “We have to make do with whatever kind of kitchen has been provided for us. And we do all the shopping and clean up the kitchen afterwards,” Harsh adds.

He says travelling with Ranbir and cooking with local produce is always an adventure. “I now know Ranbir’s likes and dislikes and also how many calories he requires per meal. So, whether it is Bulgaria, Varanasi or Manali, I believe in sourcing local produce to ensure that it is fresh and I cook with that,” says Harsh, who has been working with the Bollywood star for over two years.

Not all stars enjoy experimenting with their diets, however, so chefs need to think up out-of-the-box solutions. Sandhya carried ingredients such as almond milk and walnut milk for Jacqueline. Their professional training comes in handy when finding innovative ways to create tasty, comforting meals for actors on diets. “For instance, it is the cream, butter, ghee and the cashew paste that make butter chicken a calorie-rich dish. But I have learnt to replicate these ingredients with tofu purée or yoghurt to come up with a butter chicken that is soaked in flavours, minus the calorie-rich elements. If served with garlic naan, the taste has almost the same flavour profile as butter chicken,” says Harsh.

A feast for Thalaivar

Leneesh, on the other hand, travels with pouches of homemade masalas and powders, as Mammootty’s wife, Sulfath Kutty, insists on him using only these in his cooking. Besides speciality masalas, every chef has a trusty kit that they carry with them no matter where they go. Harsh travels with a spatula, weighing scale, tongs, micro blender, knives and so on. Sandhya insists on carrying a food styling kit, along with her knives.

Apart from cooking for celebrities, these personal chefs also organise bespoke menus and cook for intimate events and private functions: a useful skill in 2020, as people find ways to navigate the festive season while adhering to physical distancing norms to limit the spread of COVID-19. “One day I might be working for an ad film and dressing the food, often fake, for the camera. Another day, it might be for a celebrity who wants a certain kind of food planned for a small do…” says Sandhya, adding that as long as she is working with food, she has no complaints.