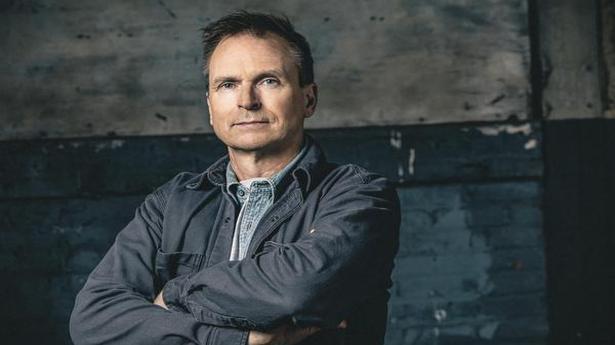 Over the last two decades, Phil Keoghan has mostly led a nomadic life. As the host of The Amazing Race, a reality adventure show with 15 Emmy awards, the New Zealander travels over 200,000 miles every year. Last year, however, was different. One of the longest-running reality shows had to be paused.

Phil came up with another competition show for CBS TV called Tough As Nails. The show features contestants, many of them essential workers, tested for their toughness with a variety of tasks.

The second season, which was shot during the pandemic, is now underway. “It was a challenging year for us like everybody else. But we feel lucky that we got to make another season of Tough As Nails,” says Phil over a video call from New Zealand.

How difficult was it to shoot Tough As Nails during COVID-19?

Very difficult because it was almost like making another production on top of making the show. Every single location that we went to had to have a COVID plan that was approved by the network. With a show like Big Brother there is just one location. So, they have one plan about where everybody parks, where everybody has lunch, where the toilets are, etc.We had over two dozen locations that needed approval. We submitted over seven plans for seven different locations. And, some of them were unapproved. So it just added a tremendous amount of time to the logistics.

Tough as Nails and The Amazing Race are reality TV competitions. Can you elaborate the differences?

For one, on Tough As Nails nobody gets eliminated. The show has two mutually exclusive competitions. We have an individual competition, where we are trying to find the toughest person in America.

Considering most contestants in Tough as Nails are essential workers, has it become more relevant because of the ongoing pandemic?

Yes. We have been pitching this show for over a decade now. And, if there is any silver lining to what happened in 2020 with COVID, it is that it put more spotlight on essential workers. And, because our show has a lot of essential workers, there is an increased interest.

You’d said in an interview that you got the idea for this show from the conversations with your father growing up.

Yes. My dad grew up in a small town in Westport, New Zealand. His father was a mechanic. My grandmother looked after the family. From my mother’s side, my grandmother worked in a factory and my grandfather was a carpenter. Many of our relatives come from working class jobs. My dad was a rugby player and coach. He would often talk about the fitness of people in these regular jobs. They didn’t even go to a gym but were very fit because they were working hard. So, that was a part of the inspiration for the show.

How do you come up with the tasks in the show?

Right now, outside, I can see about six guys who are building a road. So, all you need is to look around. You will see people doing challenging tasks around us. It could be a farmer working in the field, the people who go out in a storm and hook the wires back up or the people who are underground digging holes. There’s no shortage of ideas. The great thing with our show is we’re not building obstacle courses or building elaborate sets. We go to real job sites and get our contestants to do real jobs.

The Amazing Race is one of the longest running TV shows. What do you think made it stay relevant for two decades?

It’s the amazing characters, cast and interesting pairings of people — siblings or parent-child or best friends or even exes. I think it also has to do with the fact that we get to share the world in a positive light when there’s a lot of negative stuff going on. People get to vicariously see the world. When they see us going somewhere completely remote, they get an insight and probably encourage them to travel as well.

What’s the most important thing you learned in these travels?

To me the number one part of travel is to travel with an open mind and to be respectful. Wherever you go, understand that you are a visitor and adhere to people’s wishes and culture. You also learn to appreciate the differences. That’s really the best advice I can give anybody.