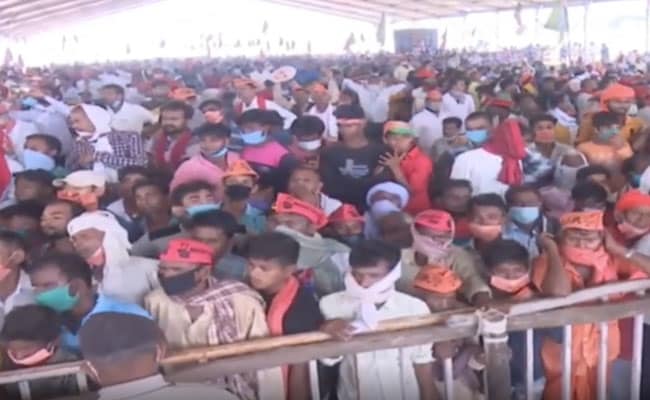 New Delhi:
Prime Minister Narendra Modi praised Chief Minister Nitish Kumar over his handling of coronavirus pandemic in Bihar as he addressed his first rally in the state for the election starting next week. “If Bihar had not acted fast, the pandemic would have killed many, many more. It would have been unimaginable mayhem. But today Bihar, having battled Covid, is now celebrating the festival of democracy,” he said at a joint rally in Sasaram with Mr Kumar. He also attacked the opposition Rashtriya Janata Dal (RJD), saying before the Nitish Kumar-led National Democratic Alliance (NDA), Bihar had suffered crime and corruption. PM Modi is scheduled to hold 12 election rallies in Bihar starting from today.

Here are the top 5 quotes of PM Modi’s address: