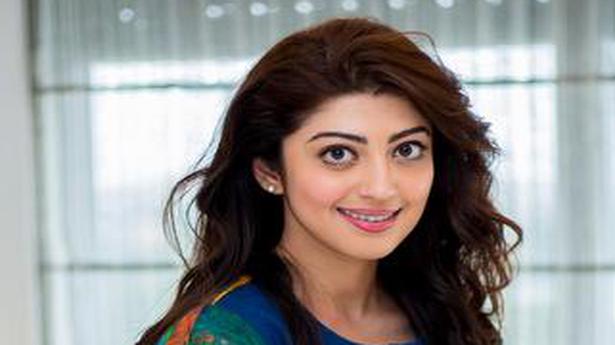 Actor Pranitha Subhash who is set to make her début in Hindi films with ‘Bhuj: The Pride of India’ does not believe in following a defined career path

Pranitha Subhash is back at work, albeit in Maharashtra where she is set to make her Bollywood début with the historical war drama Bhuj: The Pride of India. Connecting over phone, the Bengaluru-based actor says the film’s director, Abhishek Dudhaiya, is “hoping to make up for lost time” following months of inactivity due to the pandemic.

Set in the backdrop of the 1971 Indo-Pakistan war, Bhuj tells the story of an Indian Air Force officer, Vijay Karnik (played by Ajay Devgn), who reconstructed an Air Force base using the help of 300 women from Madhapar village. The film, which is set to premiere on Disney+ Hotstar later this year, also stars Sanjay Dutt and Sonakshi Sinha. “I am sure audiences will connect with the realistic script. Content-driven films are what people watch these days,” says Pranitha.

Pranitha, who has around 25 films to her credit in Kannada, Telugu and Tamil, is known for her glamorous roles; however, Bhuj will see her in a non-glam role. “I would call it a traditional role…,” the actor says, adding, “… like the one I played in the Tamil film Udhayan.”

Born to a doctor couple in Banashankari, Bengaluru, the 28-year-old runs a charitable foundation in her name.

She has adopted schools to help provide them with better infrastructure, and was recently picked alongside former cricketer Rahul Dravid as ambassadors by the Election Commission to spread awareness on voting in Karnataka. Pranitha, who took up acting when she was 18, after she completed her Class XII exams, says she has not defined a career path and that she prefers to “go with the flow”.

“I have acted opposite some of the most successful actors. It was after my Class XII exams, during my vacation, that my father gave me permission to work in one film. That was 10 years ago and I am still acting, modelling and doing social work,” she says.

Besides Bhuj, the actor is also busy filming her second Hindi film Hungama 2, directed by Priyadarshan. She will also be seen in a Kannada film titled Ramana Avatara opposite Danish Sait, Raj B Shetty and Rishi.