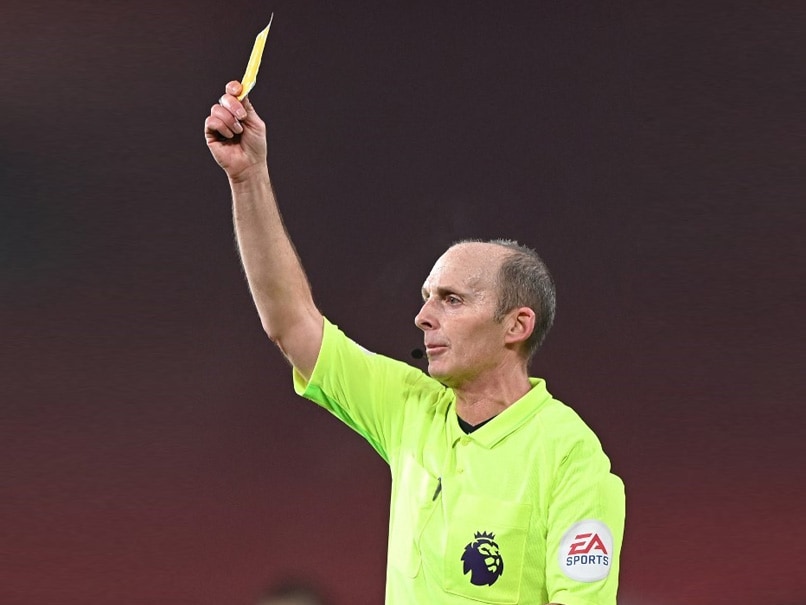 Premier League referee Mike Dean will not officiate this weekend after he and his family received online death threats following two controversial incidents. The 52-year-old referee sent off West Ham midfielder Tomas Soucek for catching Fulham’s Aleksandar Mitrovic with his elbow on Saturday, days after dismissing Southampton defender Jan Bednarek at Old Trafford. Dean reviewed the incidents on the pitchside monitor after consulting VAR before making his decisions. Both have since been overturned on appeal.

The referee asked to be stood down from the next round of Premier League fixtures and was not included on the match officials list for the forthcoming weekend, though he will be in charge of Wednesday’s FA Cup tie between Leicester and Brighton.

Premier League chief executive Richard Masters said the threats to Dean and his family were “inexcusable” and called for more action from social media companies.

Soucek also spoke out against the abuse levelled at Dean, tweeting that decisions “made on the pitch should stay on the pitch”.

“There is no place for abuse of any kind,” he said. “It is in the past and I’m now focused on the rest of the season.”

“Mike Dean is an honourable referee and a decent guy, and these guys are doing their best, as the players and coaches are,” he said.

“They don’t deserve it. It’s disgusting, the individuals need nailing and I wish I could nail them in my way, but I won’t be allowed to.

“We’ve all been subjected to the abuse and I think it’s cowardly, disgusting and inhumane. It isn’t football and it isn’t life. No-one should be able to get away with it.”

Tottenham manager Jose Mourinho said that criticism of officials like Dean on a professional level was inevitable, but threatening his family was completely unacceptable.

“I think something has to be done. Because one thing is professional life and what we do in our professional lives, and the success we have, the mistakes we make, the frustrations we have,” Mourinho said.

“Another thing is to go to the private life and go to the social life. And then, of course, something has to be done.”