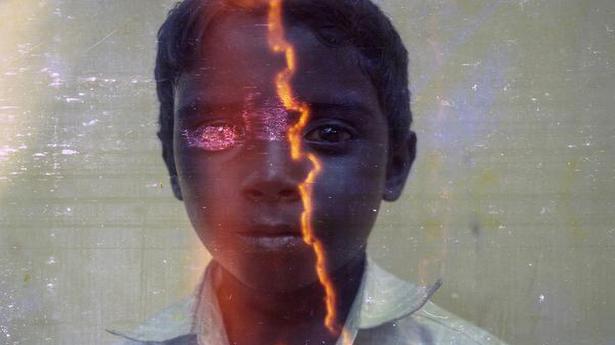 Purushothaman Sathish Kumar’s work is predominantly colour photographs, though he has shot a few black and whites. One could say he follows the old style of ‘slow photography’ — taking the time to document his lived reality in a semi auto-biographical style. Some of his early frames are even shot on film and have that retro, grainy quality that has almost vanished in our age of digital, Instagram-able, immediate photo life.

“I work slowly, recording my life, moving around my city of Kanchipuram. The photographs ‘happen’ and I am there as a witness,” says Kumar, who recently won the Serendipity Arles Grant 2020, a new award and South Asia’s largest grant for lens-based practitioners. His award of ₹12 lakh will go towards developing his work and a final presentation at Les Rencontres d’Arles, the annual photography festival in France, next year.

The 34-year-old was chosen from hundreds of applications, from across Afghanistan, Bangladesh, Bhutan, India, Myanmar, Nepal, Pakistan, and Sri Lanka. The jury members — well-known names in photography such as Dayanita Singh and Tanzim Wahab — went through over 200 entries, to pick Kumar.

“Sathish’s quality of work shows a deep integrity and commitment to the medium. It is straight forward, takes its time, and displays a vast amount of talent. Hopefully the grant will enable him to continue his practice on his own terms,” says photographer Ravi Aggarwal, one of the jurors, adding that the decision to nominate Kumar was unanimous.

Kumar began his journey with a Bachelor of Science in Visual Communication from the University of Madras. “The course was useful because it helped me explore my own practice,” he says. Early this year, his work Town Boy was part of the group exhibition Growing Like a Tree curated by Sohrab Hura at Ishara Art Foundation, Dubai. The exhibit also comprises the major body of work that won him the grant. “I started reading a book on photography [a few years ago] when I was jobless and I kept shooting my daily life and interactions,” says Kumar. The few black-and-white frames in his repertoire are of his late father (shot between 2014 and 2016). “My dad was ill and I wanted a memory of him,” he recalls, explaining that his childhood was an important starting point for his work, as much of his photography is rooted in the town he grew up in.

His South Asian identity also has a large part to play in how he defines his approach to photography. “Kanchipuram is a town of temples and its architecture, the local people, the markets, and the food, they are all part of my identity and inspiration,” he says. Does he have any words of advice for young photographers? “Be honest.”