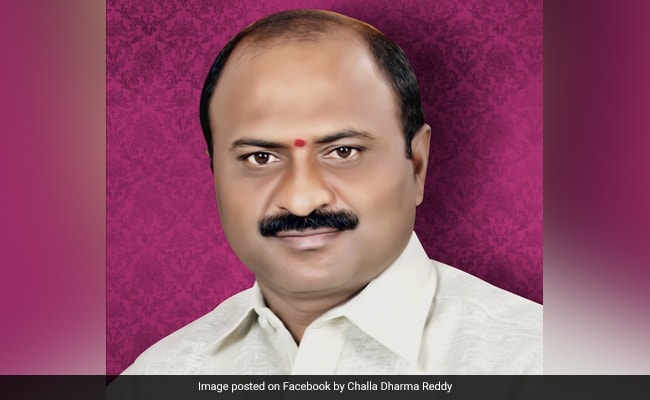 A controversial remark by a Telangana Rashtra Samithi (TRS) MLA on government officers belonging to backward castes has prompted opposition Congress to demand Chief Minister K Chandrashekar Rao to suspend the lawmaker for his “racist arrogance”.

Addressing a meeting in Warangal, TRS MLA Challa Dharma Reddy had said that the state has been spoiled by officers belonging to backward castes.

“The economically backward people in top castes are suffering so much injustice, they are poorer when compared to other castes and it is visible. Even after getting 99 marks, they could not secure a job and there are such people in this meeting,” Mr Reddy said.

Mr Reddy mentioned that all government officers include officers from backward castes, who don’t know any work, which has led to the state becoming “spoiled”, adding that there was an outrage among upper castes due to this matter.

“Today for example in our constituency, they came to us and said there is a good officer (Officer from Backward caste). I asked them if he excelled in his work to which they replied in affirmative and then he was brought here. He (Officer from Backward Caste) doesn”t know a single word, I asked them that why did they bring such an officer here, their reply was that when asked to give his signature, he will sign wherever we want but if a good officer comes he will refuse to sign.”

The Congress leader also asked the DGP of Telangana to file a criminal case on a suo moto basis against the MLA for his unconstitutional remarks.

“Is this what is being preached by CM KCR to his colleagues to attack the weaker sections,” Mr Dasoju asked.

Andhra Sets Record With Over 1.3 Million People Vaccinated In A Day

New Delta Plus Variant Could Cause Faster Surge In India, Warns AIIMS Chief