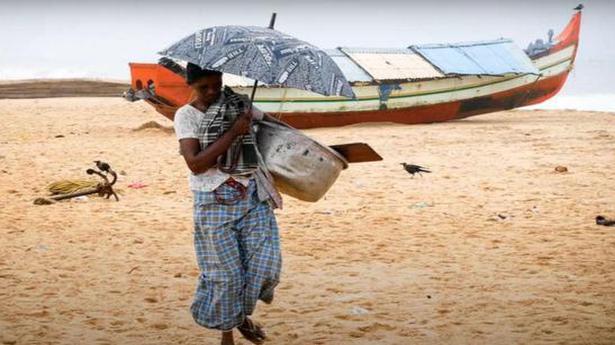 Coastal Students’ Cultural Forum, an NGO, documents the indigenous knowledge of fishing community in the district through a community radio

That is how James Pethiru starts his Tamil kathaprasangam (story-telling performance). Apparently, nemmeen (seer fish) proposes marriage to velameen (white snapper) only to be declined by the latter.

To know what happens next, tune in to the YouTube/Facebook page of Coastal Students’ Cultural Forum (CSCF), an NGO working with youth and children of fishing villages in Thiruvananthapuram. James’ performance is among the many uploaded by CSCF for its community radio, Radio Kadal.

As its tagline says, ‘kelkkaam, kaathu niraye kadal chethangal’ (listen to voices from the sea), Radio Kadal, officially launched in August this year, is by, of and for the fishing community in the district.

“Fisherfolk in Thiruvananthapuram are an indigenous group. Besides following traditional fishing methods, they have their own language, dialects, proverbs, songs, stories, celebrations, games. But none of this has been documented or recorded and this channel is a platform to do that,” says Vipindas, secretary, CSCF.

He adds that there is “an identity crisis” due to which the fisherfolk feel alienated from the rest of society. “Their minds have been fashioned to think so. Although the fishermen are hailed as Kerala’s own ‘army’ after they rescued lives during the Kerala floods, not much has been done till date to understand their culture or indigenous knowledge. We wanted to do something to make them proud of who they are. Since radio is a medium that can easily connect with the common man, we decided to have our own channel. As it will take some more time to get the licence and frequency, we are currently uploading programmes on our page,” he says.

Once the infrastructure is ready, the team plans to cover a 30-kilometre radius extending from Pozhiyoor to Adimalathura. Johnson Jament, mentor and advisor of CSCF put forward the idea. And, they found inspiration in Radio Mattoli, a community radio service in Wayanad for farmers and tribal communities.

Song of the ocean

“James, a traditional fisherman from Puthiyathura, regales listeners with stories and kadalpaattukal (sea songs). He is among the many fishermen who have a wealth of information about the sea and marine life, having lived in close communion with it. These elders, whom we also call chelalikal, teach us songs, fishing methods they adopt, about varieties of fish and more,” says Vipin.

Topics featured on the channel include games that once used to be popular in the coastal belt. They have also uploaded segments on achievers from the region and those who have contributed to the development of the community.

“Even as we feature cultural diversity of the community, listeners also get to know of issues the residents face, especially due to the pandemic. We have had traditional fish-sellers, both men and women, talking about their struggles and children opening up about online learning. In one of the episodes, people of Kochuthope have talked about how intrusive human development has led to coastline erosion and how people are living in constant fear of their houses being washed away,” says Jima Rose, the channel’s station head.

Radio Kadal also covers programmes pertaining to various schemes and initiatives for the community. Mary Anitta, creative head, adds that most of them are unaware of the services they can avail from various offices, such as Matsyafed (Kerala State Co-operative Federation for Fisheries Development Ltd), Matsyabhavan or Kerala Fishermen’s Welfare Fund Board.

The channel also plans to give weather updates/warnings to the fisherfolk. “Their safety is often compromised for want of timely information. The Ockhi tragedy was an example. It is important to pass on information in the language they understand, which we hope to achieve when we get the required infrastructure,” says Vipin.

At present, the channel only has an office building at Karumkulam, provided by the Karumkulam Panchayat. They are looking for funds to set up a studio and buy necessary equipment. “Now everything is done on our phones, be it taking bytes, voice-over, narration. We edit the content on our laptops. It is challenging in that there have been days when we go in search for silent spots to record voice-overs,” says Jima, a post graduate in sociology. Ibin Nayakam, currently pursuing his masters from Central University of Jammu, and Romer Ignatius, an undergraduate student, are other members of the core team.

Children and volunteers of CSCF chip in to help with interviews, recording, narration, editing and the like. Anitta, a postgraduate in linguistics, avers that the response from the community has been encouraging. “People now call us Radio Kadal,” she says.