A year on, the three stand-up comedians talk about virtual shows, lost tours, cancelled shows and the struggle to get accustomed to hearing laughter through a screen

Years from now, there is no doubt that jokes will be made about this time. About the pandemic and quarantine; dalgona and sourdough; work from home schedules and pyjamas. Comedians are already doing it. But behind those carefully written scripts and timely punchlines are days of confusion, lost tours, cancelled shows and the struggle to get accustomed to hearing (delayed) laughter through a screen.

When the lockdown was announced Rahul Dua was amidst one of the biggest tours of his career. He had planned to perform in 43 cities but the tour was cancelled midway due to the lockdown.

“This was a massive roadblock for me. My tour was gaining steam and I had already performed in 23 cities. We had locked venues for some of the biggest shows in Bengaluru, Mumbai and Delhi with a capacity of over 1,000 people, but all the shows had to be cancelled and I flew home to Ludhiana to stay with my parents.”

For Rahul, the initial two months felt like a holiday. “It felt like a good break and I got to spend time with my family. But slowly I realised that we had to get back to work,” he says.

Rahul believes that virtual shows were the best thing that could have happened to him during the lockdown.

“Of course it did not have the vibrancy of a live stage but at that point in time, virtual shows were a good way to keep the artform running,” he says.

Over the past year, the comedian has grown comfortable performing in front of a screen. But nothing can beat the energy of performing live on a stage, admits Rahul who did his first live show post-lockdown in December 2020.

Like Rahul, the one thing that helped Shridhar Venkataramana to stay afloat during the quarantine were virtual shows.

“Most of the known comedians from the industry got on a call to figure out how virtual shows must be done. Something as basic as putting out your payment link or scheduling shows was discussed so that everyone could have a better understanding of how things work. Some comedians also hosted open mics so that others could perform along with them. 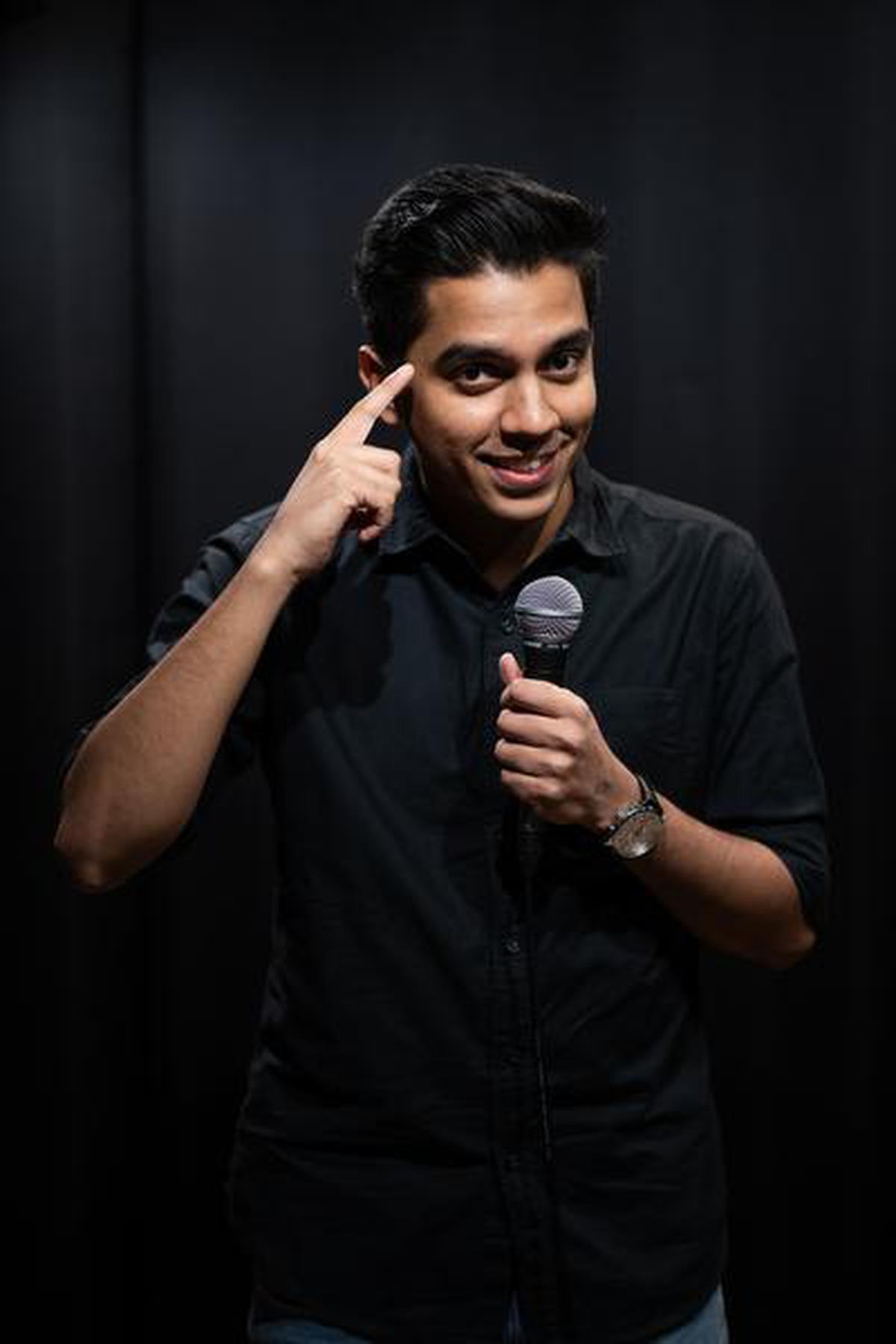 The Indian comedy circuit stuck together in those times and that is what has helped all of us sail through,” says Shridhar.

But long before the pandemic, Shridhar had realised that he did not need shows and tours for people to hear his jokes. Social media was enough. “During the lockdown, the engagement on my accounts increased as my frequency of putting out jokes was more and people were online a lot, he says.

However, being in isolation and not being able to perform was taking a toll, admits Shridhar. “A set develops when the comedian tries his jokes several times in front of an audience and tweaks it depending on their reaction. But with the lockdown, that process halted,” he says.

But Shridhar believes that virtual shows are here to stay. “Virtual shows break down the geographical barriers and take you to people and places across the globe. Though the virtual shows may not be an ideal way to perform, they are the most convenient ones and the pandemic gave us that,” he says.

Had everything worked according to plan, 2020 would have been a year of international performances for Anubhav Singh Bassi. In February 2020, he released the third video Hostel on his YouTube channel which garnered over 39 million views and was all set to jump on a flight for a few international tours. “But we had to cancel it all due to the lockdown. “From being someone who was on-the-go for around 20-25 days a month travelling, performing and always having my next task and destination planned to have to stay home for months was quite a shock to my system. I spent all this free time reading, writing, catching up on all the movies and shows I had missed, rediscovering my own apartment and initially anticipating when it will all be over. It was all a game of patience. There were good days and bad days. I had a few ideas that seemed pretty good at the time and wrote a lot,” he says.While most comedians chose to move to virtual shows and live streaming, Anubhav, who is known for his on stage personality and delivering lines in a Meerut dialect, consciously stayed away from them. 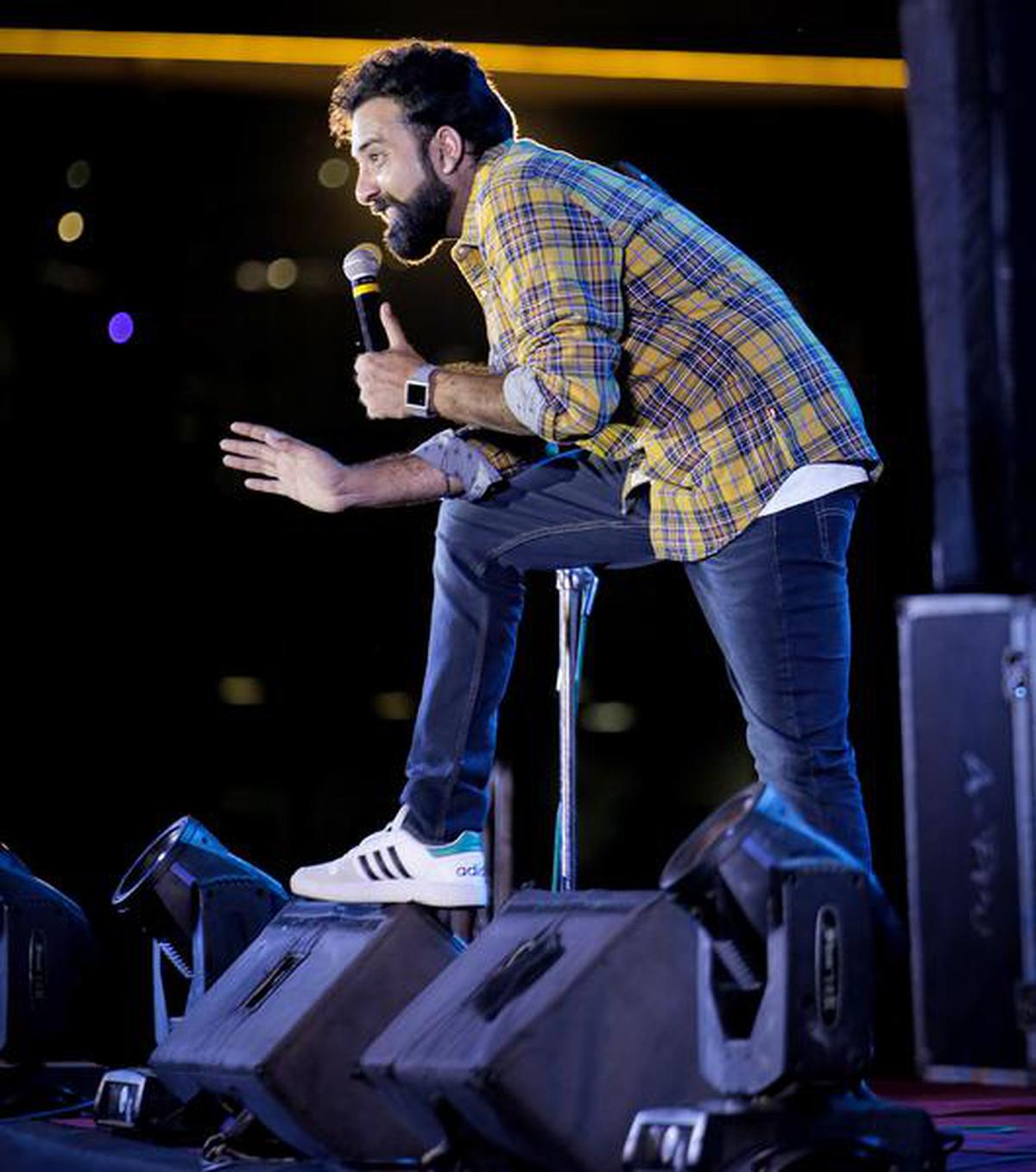 “Stand up comedy is interactive performance art for me. I need the stage, the adrenaline rush and most importantly an active audience to perform my best, all of which was not possible virtually. I could not have given my best to the audience or myself in a virtual performance so I decided to stay out of it,” he says.

He believes that the spectrum of comedy has broadened vastly, especially in the last year. “There are so many different formats, styles and preferences today, so much talent but there is no set formula. Different artists have found their own forms of expression and there is an audience for everything. Social media is a powerful portal but still just one of the portals,” he adds.

The comedian got back on stage in October 2020 and has been doing shows since then. “Following all pandemic-related rules is of the highest priority. From sanitation, occupancy rules to social distancing norms everything is followed. Also, as we are travelling again, my team and I get tested as frequently as needed,” he adds.