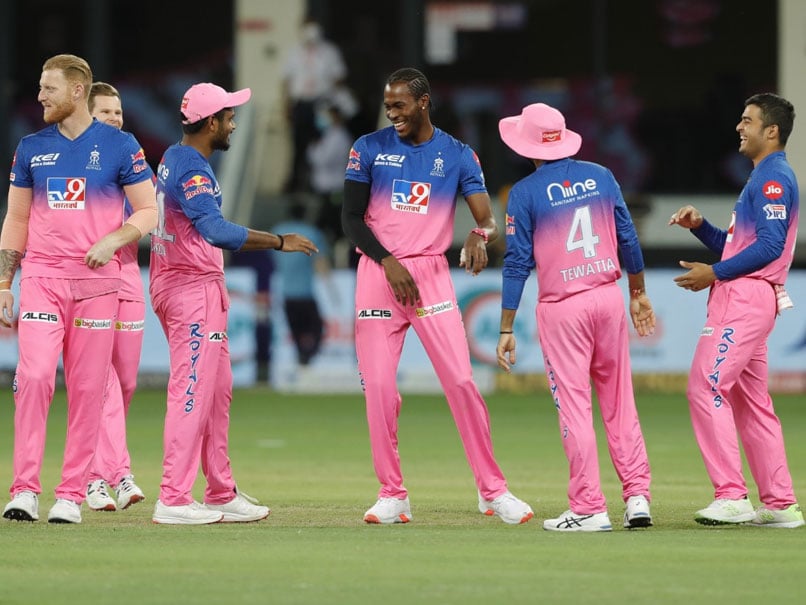 SunRisers Hyderabad (SRH) and Rajasthan Royals (RR), both are languishing at the bottom-half of the IPL 2020 Points Table, will go against each in a crucial encounter at the Dubai International Cricket Stadium on Thursday. With three teams almost certain of a play-off spot, the battle for that remaining one spot is going to get much more intense in the coming days, with several teams including SRH and RR fighting for the same. Rajasthan Royals are currently sixth on the points table with eight points from 10 matches, while SunRisers Hyderabad are below them, having collected six points from nine games. There is little margin for error for both these former champions. SRH lost to Kolkata Knight Riders in the Super Over in their last league game, while Steve Smith’s side registered a convincing seven-wicket win over  three-time champions Chennai Super Kings.

Jos Buttler: The English wicket-keeper has been a prolific scorer for Rajasthan Royals ever since he joined the franchise in 2018. However, this season Buttler has not been able to create the same kind of impact that he is famous for. The England international has scored 262 runs from nine games, with a high score of 70 not out which came in the last league against CSK. With scoreboard reading 28/3 RR were in a spot of bother but Buttler’s counter-attacking approach helped them achieve a comfortable win. The weight of RR’ batting responsibility lies heavily on his shoulders and his fans would be hoping that he delivers once again.

Jofra Archer: The England seamer is the only Rajasthan Royals bowler in top-15 on leading wicket-taker’s list this season. With 13 wickets from 10 games, Archer has been his side’s best bowler by a country mile. Apart from his wickets tally, Archer’s economy of 6.75 is best among the top seven bowlers currently leading the bowling charts. SRH have a top-heavy batting line-up and Archer will be tasked with the duty of keeping them silent.

Rahul Tewatia: Out of four wins Rajasthan have registered so far this season, Rahul Tewatia was instrumental in two of those. The all-rounder has been a revelation for the side with both bat and ball. His big-hitting ability has helped the side register two unlikely wins which has kept them alive in the tournament. After shinning with the bat, Tewatia showed his bowling class in their last league game against where he picked up a wicket and conceded only 18 runs in his four-over spell.

Kane Williamson: After warming the bench in first few games, side’ fragile middle-order forced the team management to include the New Zealand skipper into the playing XI and he seized the opportunity with some standout knocks. Despite playing only seven matches, Williamson is the fourth highest scorer for his side, with 181 runs. Not widely regarded as a T20 player, Williamson has answered his critics by scoring run at a better strike rate than players like Warner, Jonny Bairstow and Manish Pandey.

Rashid Khan: The leg-spinner is not leading the Purple Cap race but he has been one of the most economical bowler this season, conceding just 5.52 runs per six balls. Among players who have bowled more than 20 overs, Rashid’s economy is the best. While he has forced the opposition batsmen to play him out without taking risks, he hasn’t been able to make most of that pressure and provide his team with the kind of breakthrough that are expected of him.

David Warner: The SRH skipper is the most successful overseas batsmen in tournament’s history, with 5037 runs to his name. Warner continues to lead the batting charts for SRH but his 331 runs at a strike rate of 124.43 haven’t been able to create fear in oppositions’ mind. He was forced to push himself down the order in their last league game and played a crucial role but couldn’t get his side over the line, as they lost in the Super Over. With their campaign on the line, expectations will be high from the Australian opener and if he gets going he can tear any bowling attack apart.