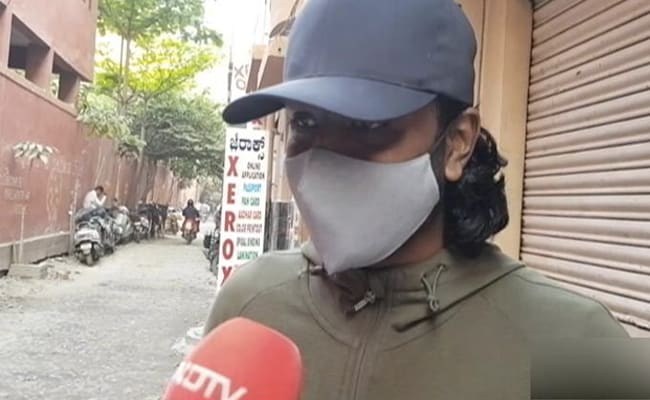 Vineeth Vincent, 31, a musician, said he has known Disha Ravi for around three years

Disha Ravi, the 22-year-old climate activist arrested and accused of sedition and conspiracy by the Delhi Police in the Toolkit case, is a kind person who does not believe in violence and her arrest is a message to young people from the government, said her friend. “Disha is the soft target, she is the person who will be the poster girl — so that the rest of us do not speak up and are put in place,” Vineeth Vincent, 31, a musician, who has known for around three years, told NDTV.

Mr Vincent, who met Disha Ravi at multiple events, said: “I was partly shocked and partly not… at the news of her arrest. Because with the way things are happening, it is a joke. You put something on social media, you are arrested. If you say something against power, you are put in place”.

Arrested from her hometown Bengaluru on Saturday, Disha Ravi has been placed in police custody for five days by a Delhi court. The Delhi Police said she had shared the “Toolkit” with Swedish teen activist Greta Thunberg, who tweeted it to show support for farmers protesting against the Centre’s farm laws.

The arrest, coupled with the lack of proper representation in court for her, has evoked outrage, with many in civil society and opposition parties blaming the magistrate and the Delhi Police.

“The fact that this has happened to her means it can happen to any one of us. Disha, thankfully, is one those who did speak up against injustices,” he added.

Countering the police allegation that the young activist was a key conspirator and in an attempt to revive a Khalistani group, prepared and spread the Toolkit, Mr Vincent said Disha Ravi is against violence.

The police have said that Disha Ravi is one of the three people who were in touch with Poetic Justice Foundation, an organisation linked to Khalistanis and wanted to revive a Khalistani group.

A warrant is out for Nikita Jacob and Shantanu Muluk, who the police said were also involved in creating the “Toolkit”and wanted a social media buzz over the farmers’ tractor rally on Republic Day. They had a zoom meeting on January 11.

Representing herself in court, Disha Ravi had said, “I did not make the Toolkit. We wanted to support the farmers. I edited two lines on February 3”.

“My message to the government is — listen to the young people,” said Mr Vincent.

“There is some sense in what we are trying to say. Have conversations, reduce the amount of violence… there is no need to arrest someone like Disha. You could have started a conversation with Disha. She is not going to run anywhere… She is not the kind to run away,” he added.