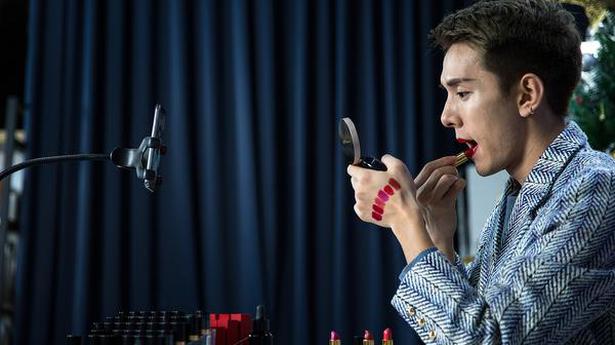 Buy! Buy! Buy! screamed Li Jiaqi into his smartphone. As the 28-year-old logged on to livestream his latest sales session on October 21, broadcast on Taobao, China’s biggest online sales platform owned by the e-commerce giant Alibaba, a few million viewers were already waiting for him. By the time he logged off some seven hours later, hawking cosmetics and other products from some of the world’s leading luxury brands, there were an incredible 160 million people tuning in to watch Mr. Li. In that one day alone in October, Mr. Li and another popular livestreamer Wei Ya, who had close to 100 million viewers on her Taobao show, recorded $100 million in sales, according to Chinese media reports.

The October 21 sales session was itself only a prelude to the big event — the annual upcoming festival in China that has come to be known as ‘Singles Day’, because it is marked on November 11, a subtle dig at the other more popular global commercial event that falls on February 14, Valentine’s Day.

This year, November 11 has taken on special significance both for consumers and the Chinese economy as a whole. Online shopping, in particular driven by this year’s livestreaming sales — which owes its popularity to offering significant discounts — has emerged as an unlikely driver of domestic spending, with millions of Chinese remaining homebound through months of lockdown. It has been the lifeline for brands that have been struggling in a pandemic year and are increasingly counting on the revival of the Chinese economy to bounce back.

In the business of fame

Ahead of November 11, Mr. Li and Ms. Wei are perhaps the two most in-demand Chinese celebrities, as newly minted as they are in the business of fame. Mr. Li’s rise has been as rapid as that of the wave of online consumerism that has carried him to fame and fortune, sweeping him from a small shopping mall in the city of Nanchang, where he worked on the sales floor offering lipsticks to shoppers, to overnight stardom as a livestreaming star.

Last November 11, Mr. Li was invited by Jack Ma, Alibaba’s celebrity founder, for a joint live sales session. He netted Alibaba 1 billion yuan (around $145 million) in sales. He may well break that record this year, notwithstanding the COVID-19-caused economic slump.

Everything about the scale of “Double 11” is staggering. Over 24 hours on ‘Singles Day’ last year, Chinese shoppers spent $60 billion, according to one report, with Alibaba’s Taobao leading the way and its local rivals Jingdong and other Chinese retailers all grabbing a share of the pie. This year, Alibaba’s logistics arm Cainiao will charter around 700 flights, reported the Hong Kong-based South China Morning Post (which is, incidentally, owned by Mr. Ma’s Alibaba).

China’s Communist Party is actively encouraging this festival of capitalism and consumerism. Indeed, this online boom is in many ways key to China’s push to boost domestic consumption as a driver of economic growth. That ambition has taken on ever greater urgency following COVID-19. China’s economy was alone among major global economies by expanding 4.9% from a year earlier in the July-September period, up from 3.2% in the second quarter and an unprecedented 6.8% contraction in the first quarter when China was still reeling from the coronavirus outbreak, which began in Wuhan in December.

The revival, however, has been driven largely by government spending and a 5.8% growth in industrial production in September, enabled by a surge in investments in infrastructure projects. The government is aware this is unsustainable, as it has worsened an already ballooning debt problem. The recovery in consumption was one silver lining, growing 3.3% in September, but still down 7.2% year-on-year over three quarters. A sustained revival in spending will be key to China’s economic turnaround.

Every year, ‘Singles Day’ has emerged as something of an unofficial barometer of the health of China’s consumer economy. Indeed, that is all the more true this year as November 11 comes around, with the fate of China’s economy riding on whether consumers will, when Mr. Li urges them on November 11, buy, buy and buy.