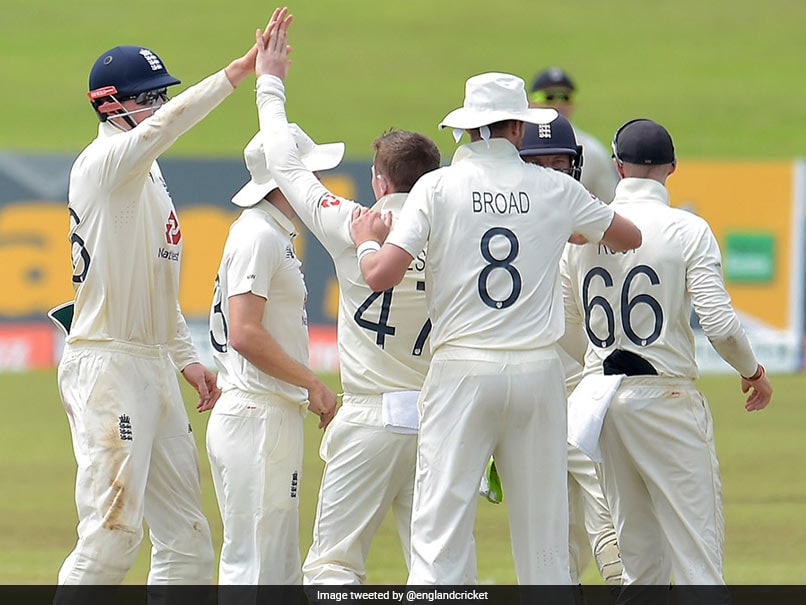 Joe Root’s England will look to sweep Sri Lanka in the second and final Test, starting on Friday, as they prepare to face an India side buoyed by their sensational victory in Australia. England, who resumed a tour that was halted in March by the coronavirus pandemic, won the first Test in Galle by seven wickets and start a four-Test series in India on February 5. India are riding high after Tuesday’s stunning win in Brisbane, which snapped Australia’s 32-year unbeaten streak at the Gabba and clinched the series 2-1.

“If we can go into that series with a 2-0 win it would do us a world of good for our confidence,” said England coach Chris Silverwood.

“All being well by the time we get to India we’ll have hit our straps fully and be ready to hit the first game hard.”

After skittling Sri Lanka for 135, the tourists should have strolled to victory with Root scoring 228 of England’s first innings of 421. But the hosts’ batsmen put up fierce resistance in the second innings.

Stuart Broad, Sam Curran and Mark Wood led the pace component of an attack that twice bowled out Sri Lanka.

But Silverwood said the team would rotate their options for the second Test, also in Galle, with James Anderson, Chris Woakes and Olly Stone also in the squad.

“Looking at what we’ve got in front of us with a lot of Tests in India as well, it’s highly likely that there will be rotation and rest within the seamers’ line-up,” Silverwood said.

“There’s plenty of things on the table at the moment, so we have to do what’s best for the players and equally, making sure that we’ve got the strongest balanced attack out there to make sure we win the Test match as well.”

Stone, who played just one Test for England and can bowl at over 90 mph, said persistence remains key for quicks on the sub-continent’s spin-friendly pitches.

“It’s a challenge that we all look forward to,” Stone, who is not sure of his place in the XI, told reporters on Wednesday.

“Although the pitches aren’t seamer friendly, if you can get that breakthrough and do that holding role, you add to the attack. There will be times when you have to do the hard yards.”

Silverwood confirmed that Moeen Ali, who is out of isolation after testing positive for coronavirus, is unlikely to play.

England’s performance in the next five Tests will decide the finalists of the inaugural world Test championship.

They are currently ranked behind New Zealand, India and Australia with the top two teams reaching the final. England need a convincing series win to stand a chance of going to Lord’s.

Sri Lanka meanwhile are hoping to bounce back under stand-in captain Dinesh Chandimal, with regular skipper Dimuth Karunaratne out with a broken finger.

Kusal Mendis was one of five players moved out of the team’s biosecure ‘bubble’ for the second match after being dismissed in Galle for his fourth Test duck in five innings.

Former captain Angelo Mathews said his team’s batsmen should rely on their strengths and score runs.

“Joe Root played a magnificent innings. We can learn a lot out of him the way he batted, but sometimes the shots that he played we can’t play,” said Mathews.

“So we need to be able to understand what we can and what we can’t do on these wickets against their bowlers. And it is just that — not be conservative.”

Sri Lanka, who recently suffered a 2-0 Test loss in South Africa, are hoping to have paceman Suranga Lakmal fit for the final game.