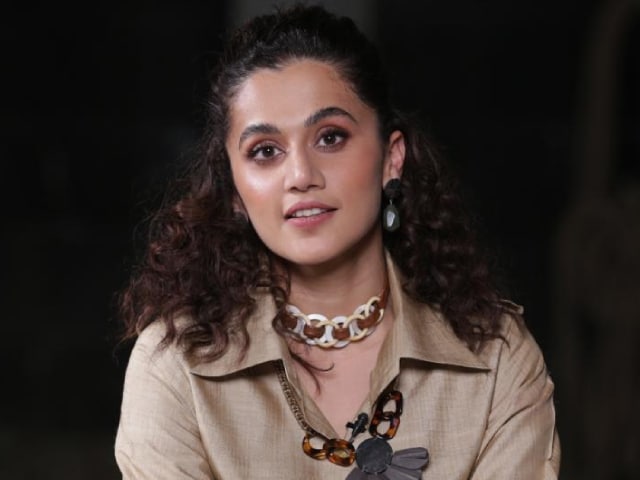 Both Tapsee Pannu and Anurag Kashyap have been outspoken critics of the Narendra Modi government.

Keys to an alleged Paris bungalow, a receipt for Rs 5 crore, and “memory of 2013” raid – these are what the income tax department primarily found during its raid on properties linked to Tapsee Pannu, the actor said today in three tweets. She ended the last one of those with a post script: “Not so sasti” anymore.

Her posts came three days after Wednesday’s raids over alleged tax evasion. Filmmaker Anurag Kashyap to was a target of the action by the IT department. Both were questioned by officials in Pune. Searches took place at 30 locations in Mumbai and Pune.

In the first tweet she posted today, she said, “Three days of intense search. Of three things primarily:
1. The keys of the ‘alleged’ bungalow that I apparently own in Paris. Because summer holidays are around the corner.”

She followed it up with two more tweets.

2. The “alleged” receipt worth 5 crores to frame n keep for future pitching coz I’ve been refused that money before 😡

Anurag Kashyap and Taapsee Pannu are outspoken critics of the government and have lent their voice to various causes, including the ongoing farmer protests against central laws. Recently, Ms Pannu had criticised the show of solidarity by celebrities towards the government in response to pop star Rihanna’s post drawing attention to the farmers’ agitation. The actor took a jibe at the pushback and questioned “one tweet” rattling one’s belief.