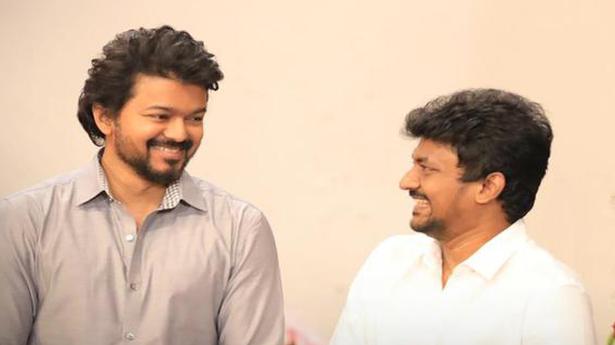 The pooja of Vijay’s next film, for now titled Thalapathy 65, was held today, and going by the pictures from the event, it has been revealed that popular TV star Kavin of Bigg Boss fame has an important role to play in the project.

Thalapathy 65 is directed by Nelson Dilipkumar, and produced by Sun Pictures. Anirudh Ravichander will compose music for the project. Pooja Hegde was announced as the female lead in the project last week, while more details are awaited on the rest of the cast and crew.

The team of ‘Thalapathy 65’: Kavin and Vijay in the picture

Before his stint on Bigg Boss, Kavin had featured in films such as Natpuna Ennanu Theriyuma and Sathriyan. His upcoming film Lift sees him in the lead role along with Amritha Aiyer of Bigil fame. He recently also appeared in the music video Asku Maaro which was released on YouTube.

The shoot of Thalapathy 65 is expecting to start shortly, with the team eyeing a release late 2021 for the action-thriller.