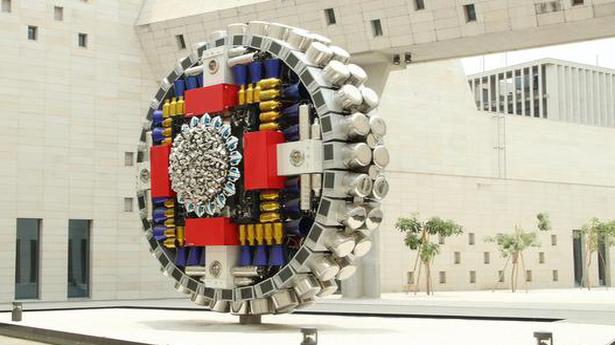 In its first edition, the event will take connoisseurs of art to different museums in the country and abroad, showcasing key pieces of work

Imagine being able to take a look at the most exciting artefacts from some of best known museums in India, without having to go from one city to another. The Bihar Museum Biennale 2021 makes that possible. Anjani Kumar Singh, the Nodal Officer of the Bihar Museum and Advisor to the Chief Minister of Bihar, who conceived the idea along with Chief Minister Nitish Kumar, calls it the first-ever museum biennale in the world. “The idea was to involve all the Indian museums and get them to bring their artefacts, so people know the strength of our museums. The difference between this and any other biennale is, here the museums are participating, while in the others it is the artistes who participate,” says Singh.

Singh feels that a lot of people do not know enough about India’s museums. Each has its own history, story and a stunning range of display. The biennale was planned for last March, but the pandemic made it impossible to go ahead with it. This year they decided to go ahead with it in a virtual avatar, she says. Though largely online, it will also have a physical version at the Bihar Museum in Patna. The hybrid biennale will take place between March 22 and 28.

“While the virtual cannot give the feel of seeing things up close and in person, the advantage here is that a lot more museums can participate,” adds Singh. So far, they have 12 Indian museums on board and six international ones. This includes Government as well as private museums, and history and contemporary art museums as well. Some of the participating museums are Assam State Museum; City Palace Museum, Udaipur; Indira Gandhi Rashtriya Manav Sangrahalaya, Bhopal; Kanha Museum of Life and Art, Madhya Pradesh; Kiran Nadar Museum of Art, New Delhi; Museo Camera, Gurgaon; Museum of Art & Photography, Bengaluru; Museum of Goa, Panaji; National Gallery of Modern Art, New Delhi; Piramal Museum, Mumbai, and Virasat-e-Khalsa, Anandpur Sahib.

Art historian and curator, Alka Pande, the project director of the biennale, says, “It is about making people aware about the wonder that is, was and will be Bihar. I can say that the soul of India, the heart of India in many ways is Bihar, whether it’s Pataliputra or Magadha.”

The event also includes two days of international conferences, and four days of master class sessions, most of which are bilingual as Pande wanted more people to understand and take away from them. This includes Manu Pillai speaking on the art of writing about culture, Vinod Bhardwaj on the art of filmmaking, Purushottam Agrawal on the cultural translation through art. While the international conferences will feature Neil MacGregor (British art historian), Hilary Knight (director of Digital at the Tate, UK), Souraya Noujaim (Scientific, Curatorial and Collections management director at Louvre Abu Dhabi), Sabyasachi Mukherjee (director-general of Chhatrapati Shivaji Maharaj Vastu Sangrahalaya, Mumbai), and Javier Barón Thaidigsmann (Museo Del Prado, Madrid).

Taking a tour of a museum can take an entire day. To better facilitate the experience, the Bihar Museum has marked 25 must-see things that can be covered in an hour; there will also be maps, and those present physically can rent an audio guide. Participating museums have been given 30-minute time slots to introduce themselves, talk about their history, cultural importance and their artefacts.

The biennale will take place between March 22 and 28. For details, log on to biharmuseumbiennale2021.org.