A 1976 vintage Dictador in a custom Lalique decanter recently fetched £30,000 at a Sotheby’s sale. Our columnists finds the taste worth the “not so rational sounding” price

This article comes fresh on the heels of one of the most exquisite tastings I have attended in a long time, including the pre-pandemic era. The fact that it happened online only makes it that much more futuristic. First, I must thank all the people involved — Dictador rum from Cartagena, Lalique in Paris, and my friend John Brunton, for including me. Then I must thank DHL for delivering the goods on time and making it possible for me to join in as over a few dozen F&B luminaries tasted the elixir at the same time around the world.

The thing with a good spirit is, it is a lot like a good shot while playing a game (say, a hole in one in golf). If nobody is there to relish it with you, the joy is considerably diminished.

More about the spirit now: Dictador Generations comes from the house of Dictador, a reputed name in the field of rums. It hails from Colombia and, unlike Puerto Rican or Jamaican rums, it gives off a much gentler vibe, with more sugarcane than molasses, more layered in fruit than dry spices. Both styles are great, but Colombian rums are making a niche of their own.

Lalique, that famed French house of all things crystal, recognised this potential and decided to collaborate with the brand to produce a special blend to be housed in a crystal decanter conceptualised by the brand’s chief designer, Marc Larminaux, as an inspirational reflex from his trip to the region. The undulating waves of the Caribbean Sea is what he aimed to capture in his design and I think the Decanter has this somewhat reticulate quality about it, seeming to be in motion even when perfectly still.

When the time came to fill the decanters, the family-owned house delved into their stocks — they have some of the oldest collections of aged rums — and came up with the 1976 casks. Unlike in Scotland, where the angel’s share can be around 2%-3%, in Cartagena it can be as high as 5%-6% — which means they lose a lot more to the atmosphere annually. And unlike many houses that top up with fresh rum to make up the loss, Dictador has only and always used the rum from the same vintage to fill up this empty space. This sacrifice started by the Parra family years ago today translates into an unparalleled taste and access to flavour profiles that are almost unprecedented in the rum category. 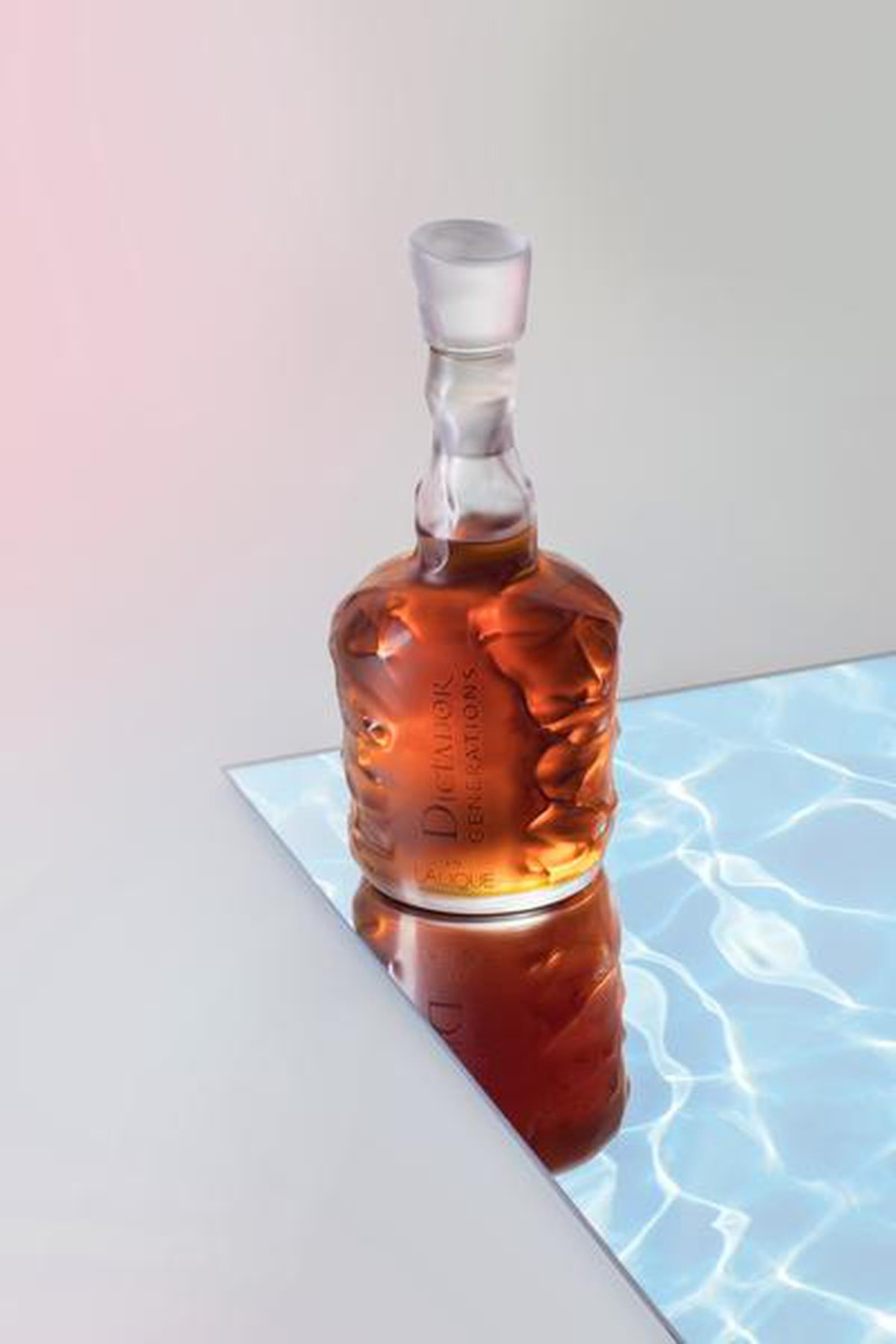 To me, not just the bottle, but the rum also brought to mind the grand seas. It started as a whiff, building up from the first nose, like a distinct wave forming in the distance. One could already tell the magnitude of what was to come. Gradually it built up, fruits aplenty, but also Oloroso sherry, some Port magic, a touch of balsamic. Was that a strawberry that just passed me by? Oh wait, Turkish delight! Dates, figs, caramels, prunes, toffee… now the wave is right in front of me. And it is high, so high. As I swirl the sip around in my mouth, more notes jump up, as if some centrifuge is making them float right up to the top: tobacco, chestnuts, oak, a hint of something spicy, juicy but also drying, a touch of heat, a rancio character. It is time to let go and let the wave carry me away. Vanilla, currants, fruits soaked in spirits, butterscotch.

The world is now a few casks short of 1976 Dictador rum, but the tribe of Dictador has grown in the process. There are 300 bottles out there, priced at €12,000 each. One sold last week at Sotheby’s for £30,000. These are not rational sounding prices, definitely not for rum. But this stopped being rum long before you even sipped it. For the boring, it is a smart investment, but for the hedonist, this transcends into the hall of fame of divine spirits and you will feel lucky just to be able to partake.

The wave has now passed but the spirit of the sea lingers. You are drenched, but you don’t wish to be dry anymore. Instead, you want to dive right back in.