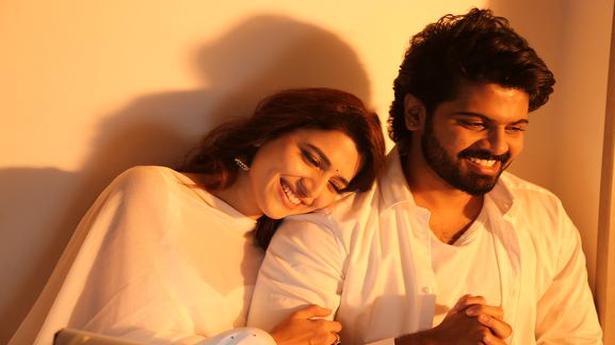 Thellavarithe Guruvaram is about a couple who are on the verge of entering into wedlock the next morning. The previous evening at the reception, the audience understands that both of the are disinterested in each other and have plans to elope. The girl has issues of her own and the boy is in love with a doctor who’s unsure about their love.

The soon-to-be couple go on a journey that night and minutes before the wedding, and having learnt a few lessons, realise they are indeed made for each other. The story takes place in a span of a few hours and there aren’t many location changes. The film is entirely dialogue-driven and comedian Satya plays the most significant role. Right from the first frame to the last he stands out with his exceptional comic timing and sparkling dialogues and leaves you asking for more.

Sri Simha Koduri in the main role is on his way to stabilise his career, after making his debut with Matthu Vadhalura. Kaala Bhairava’s music is good.

This is a small budget film with familiar faces from the big screen and all the cast did their parts well. Newcomers Misha Narang and Chitra Shukla had interesting roles, that of confused girls and conveyed their emotions well. Writer Nagendra shines and brevity is definitely an asset.

There is an unnecessary episode to create a conflict in the plot in the second half, which is tiresome and it’s obvious that the director is trying to stretch the story and bring the lead pair together.

Every time the film begins to dip, Satya enters and changes the mood of the scenes. Visuals are good and so are rest of the technical aspects. There are no twists and turns but a straightforward narration.