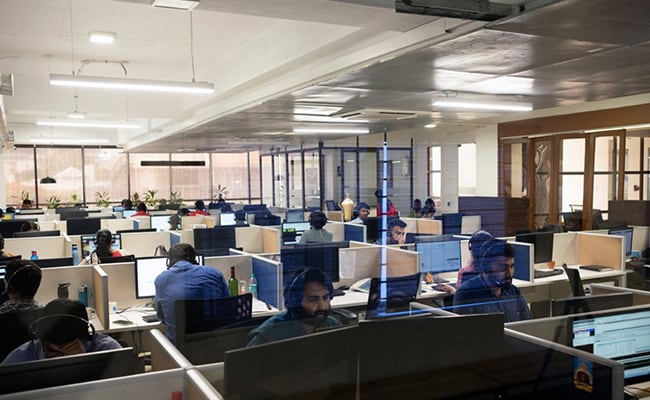 From Washington to Beijing, governments are trying to strike the right balance between enabling technology innovation and preventing giants such as Google and Facebook Inc. from suffocating rivals. Now India is experimenting with a framework for financial technology that’s certain to provide lessons worldwide — succeed or fail.

The country’s unique approach is to decree limits on fintech competitors from the start: No single player can grab more than 30 per cent of total payments transactions. Every company also has to use India’s open payments platform, guaranteeing interoperability so money can be transferred between any of more than 100 traditional banks and digital services like Google Pay — all without fees.

That structure, unveiled in November, gave India’s regulators the confidence to approve a new payment service from WhatsApp, the Facebook unit’s initial effort to enable digital payments for more than a billion users worldwide. Although WhatsApp has more than 400 crore users in India who may adopt the service, it won’t be able to crush rivals like the local champion Paytm because of the government caps.

“In the interest of public good, we’ve disallowed a winner-take-all approach,” said Dilip Asbe, chief executive officer of the National Payments Corporation of India, a coalition of set up by the country’s largest retail banks to build and oversee the infrastructure. His group will stop new user registrations at a company, local or foreign, as it nears the 30 per cent limit.

India has celebrated its methodical approach as a way to get things right from the beginning, especially after Chinese regulators intervened at the last moment to derail what would have been a record initial public offering from Ant Group Co. China’s digital payment services have been celebrated for their innovations and surging popularity, but the field is dominated by Ant, an affiliate of Alibaba Group Holding and Tencent Holdings.

That duopoly in digital payments allowed Tencent and Ant to expand into adjacent fields like lending and wealth management, which threatened the traditional banking sector and triggered Beijing’s dramatic disruption. In India, the digital payments sector is projected to grow to $1 trillion by 2023, creating a potent new platform for additional financial services.

“Both countries have established themselves with best practices for others to learn from,” said Arnav Gupta, analyst at Forrester Research Inc. “India has set itself as a worthy example for digital payments, but there are aspects of financial services which are yet to be streamlined and digitized.”

China, on the other hand, is a more mature fintech market, where its hands-off approach led to complications later. “That relaxed approach came at a cost,” Mr Gupta said.

Concerns that WhatsApp could dominate payments in India stem from the enormous number of people who fire up the app to message, call and share videos — all in 10 different Indian languages. Even street corner push-cart vendors take orders on the service. “Aap whatsapp mein order bhej do” or “send me your order via WhatsApp,” is a common refrain. Google and Amazon.com Inc. also have enormous user bases in the country.

Sending money would become as easy sending a message, Facebook’s co-founder Mark Zuckerberg said after receiving the go-ahead. “We’ve built it using India’s Unified Payments Interface which makes it easy for anyone to accept payments across a lot of different apps,” he said in a video message.

India mandates that companies use its UPI platform so payments can be sent among all services, including those from Facebook, Amazon, Walmart Inc., Paytm and any new upstart. Zero user fees are also required.

“That will increase the competitive intensity in payments,” said Nandan Nilekani, the architect of India’s biometric identity system on which the payments infrastructure is built. “India is showing the way by mandating zero-fee at the front end and bringing the rigor of risk management at the back end.”

India is already the world’s second-largest internet base, after China, with a half a billion users and its growth is drawing global players such as Facebook and Amazon. The coronavirus pandemic is accelerating the move to e-commerce and other online services. The number of digital payment transactions is projected to grow 15-fold over the next two to three years to about a billion a day, said Asbe of the National Payments Corporation of India.

His organization is still discussing the final mechanisms for capping the market share of various players. “We will work out details in a few months after industry consultations,” said Mr Asbe.