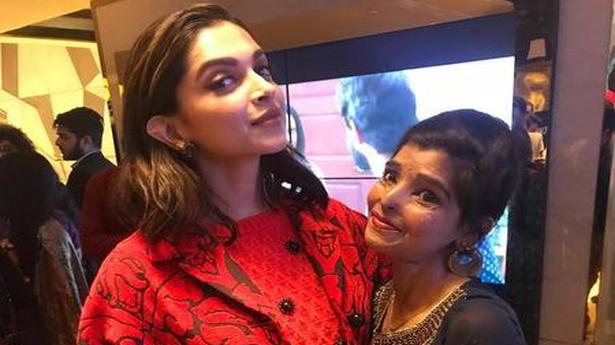 Three survivors – of acid attack, child sexual abuse and suicide loss – share with us their journey of healing and transformation

Her face was burnt, but not her belief in life

The josh in Ritu Saini’s voice is unmistakable. Even while speaking over the phone from Bhubaneshwar where she is busy attending a friend’s wedding, happiness and confidence resonate in her voice.

Ritu has spent the last seven years battling scars. “I have writhed in indescribable pain, could not eat or drink as blood oozed out of my mouth, spent sleepless nights, felt lonely lying almost caged on the hospital bed for three months. But, never for a day did I lose hope, because giving up would mean my inability to dream for my future,” she says. “Today I am in a happy space.”

Her friendly nature and communication skills make her the best guide for burn victims who walk into Chhanv Foundation, a non-profit organisation, that works for the rehabilitation of acid attack survivors. Ritu has also worked at Sheroes Hangout Cafe in Agra and Lucknow and today is able to take care of her mother’s treatment for breast cancer along with her four older siblings. Her father passed away two years ago and she says it was the rock solid support of her family that has taught her not to give in to despair and sorrow.

At 17, she was a State-level volleyball player, and dreamt of becoming a national sports coach or an IPS officer. But her relatives changed the course of her life over a property dispute. On May 26, 2012, when she stepped out of her home in Rohtak, Haryana, to go for her daily practice session, “Two men on a motorcycle came towards me and in a flash I felt I was drowning in a sea of fire,” she says. The acid dissolved her facial features, neck, shoulders, breasts, and hands; the flesh, tissue and bone melted and fused together.

She says when she looked at herself in the mirror for the first time after months of the attack and cried inconsolably, it was her mother, who told her that she was the most beautiful child inside-out and nothing could snatch opportunities away from her. “That day I stopped covering my face,” she says.

Soon after, social activist Alok Dixit, the founder of Chhanv Foundation, walked into her life with a job offer at Sheroes Cafe where she learned accounts and management and later shifted to the foundation’s rehabilitation centre at NOIDA as counsellor. In between, Ritu tried to return to her first love, volleyball but her low vision forced her to hang up her sporting boots.

Four years ago, a small role in Hindi film Akira helped her realise that every opportunity is God-sent. She landed another acting opportunity in 2019. “This time I was playing my real life role as a counsellor of a centre that helps acid attack victims for Chapak and shooting with Deepika Padukone is a lifetime memory,” says Ritu.

“I have learnt to enjoy my present and like anybody else carve out my future on my own strength and ability,” says Ritu, who after 14 operations, skin grafting, plastic surgery and four laser sessions, exudes faith in life. Her eye lids, eye lashes, eyebrows are transplanted, her left eye is artificial, and she is still under treatment.

“I believe what did not kill me has actually made me stronger,” she says.

She shifted the focus of the dialogue Anuja Amin is against the use of the “good touch, bad touch” narrative propagated as part of sex education in schools. “Who says you feel bad from a bad touch? Is it not natural human physiology to derive pleasure from what we call the bad touch?”Instead, what she now proffers is safe and unsafe touch.

This distinction stems from her own experiences that began when she was five. She remembers her househelp touching her over her clothes, and then carrying on as if nothing had happened. “I was also molested by our watchman who would press my breasts and say you are born to please a man, and I thought it was normal for little girls to go through this,” says Anuja, who failed her school exam at 13 when the supervisor sat next to her pressing her thighs. “I was terrified that day and asked my parents to send me to a boarding school.”

When she came home during the holidays, she had some of her relatives behave similarly. “Hugging your relatives or sitting in your chacha’s lap are never seen as wronged expressions of love. I was always a people-pleaser who never raised objections. Nobody took my clothes off to violate me,” she says.

Anuja went abroad to complete her studies. It took her some years to process the trauma of child sexual abuse. “I realised that a layer of clothing means nothing when you take away someone’s consent,” she says.

In 2010, a Government of India study highlighting rampant child abuse in the country and that every second child is a victim at the hands of known and unknown people, drew her attention. “I had forgotten none of my experiences. Abusers often say ugly things and scar you forever, and I wanted to feel worthy.”

Anuja returned to India in 2010 for a spiritual workshop in Kerala and quit her job the same year. She broke her silence just before her wedding, and shared incidents from the past with her mother, who was shocked, and her fiancee, who was understanding and supportive.

With a part of the burden off, Anuja began researching child sexual abuse and connecting with organisations like Rahi, but found little material that would help children to understand consent and not be compelled to make a moral distinction between the good and the bad. In 2015, she founded Circles of Safety to educate kids and parents on the concept.

Stranger-danger is only 10%, with 90% danger from people children know and trust. When a child realises the touch is not appropriate, the guilt or shame increases and that is why the need to shift the focus of the dialogue, she explains.

Anuja has designed a comprehensive sexuality education programme for grades I to XII with age-appropriate body safety rules and other inputs. The pilot project was run in two private schools in Ahmedabad in 2019-2020. In their feedback, the teachers, parents and students said they were no longer uncomfortable discussing sex and related issues. “The pandemic year delayed the systematic implementation of the module,” says Anuja who is in the process of networking with schools beyond Gujarat.

Her worry is there can never be a checklist for offenders of child sexual abuse. They are helpful, friendly and take their own grooming time to endear themselves. “It is difficult to judge the face; we need to look at their behaviour.”

She calls her curriculum a preventive and rights-based model with the child at the centre. “When my three-year-old daughter says I do not want to be hugged by so and so, I understand and respect her decision,” she says and adds, “all of us need to react responsibly and sensibly.” Adults assume that broaching topics related to sexuality ‘corrupt’ children’s minds and so avoid such conversations. But children who are armed with accurate information are more likely to make safe choices and set personal safety boundaries, feels Anuja. Until four summers ago, Nandini Murali was a freelance writer and a cancer survivor. In April 2017, her husband, urologist Dr T R Murali, took his life, and their home became a ‘crime scene’. “I died with him,” she says, not just because of the tragedy, but also because she was surrounded by the morbid curiosity of those who came to ‘console’ her. “It seemed everybody wanted to hear a singular, tangible reason to explain his death and the police investigations made it worse,” she says. Estrangement from his side of the family was another blow. “What you see is a new me, who has shed the veil of stigma, shame, secrecy, and silence to tell my true story so that others can empathise with survivors of suicide loss.”

In those moments of grief Nandini found her voice when her spiritual guru advised her not to surrender to victimhood. Her parents, brother, uncles and a few friends stood by her in her journey. “Suicide loss survivors have every right to remember their loved ones by the way they lived their lives, and not how they lost to life,” she says. Nandini began reading up on suicide and discovered that survivors of suicide loss were unseen and unheard. The pain of her lived experience and the culture and stigma of toxic silence propelled her to establish SPEAK (speakinitiative.org), a suicide prevention initiative of MS Chellamuthu Trust & Research Foundation, on her husband’s first death anniversary.

Carla Fine’s book No Time To Say Goodbye inspired her, and Nandini decided to write her own. It took her two years to write Left Behind, a therapeutic process, part memoir, part helping hand to those who have had the same experience. The focus of both her efforts is to enable members to build resilience in a safe, supportive and non-judgemental space.

The process of learning to re-live after loss is non-linear, says Nandini. “Self care for survivors is about extraordinary self-compassion that requires strength and courage,” she writes. In transmuting her pain to purpose she gives out an important message: to look truth straight in the eye to be able to cope with loss and grief.