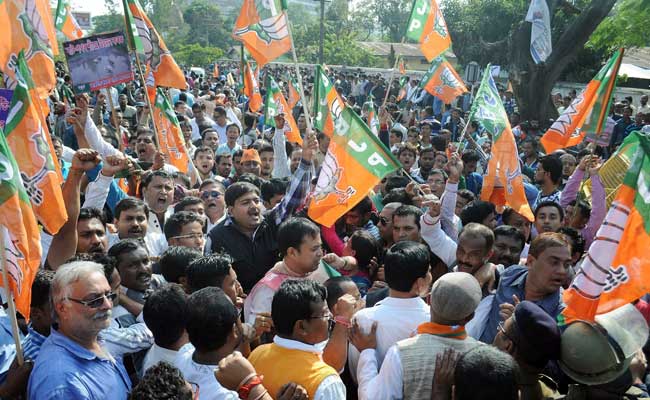 The 1,800-odd employees of the two mills have launched a campaign against the BJP.

In a setback to the incumbent BJP government, some 1,800 employees of two defunct paper mills in Assam have declared that they will not vote for the BJP since the party had failed to fulfil its promise made last election to reopen the two establishments. The angry workers have even launched a campaign against the party.

Ahead of the 2016 Assembly elections, the BJP had promised to revive the Hindustan Paper Corporation-run Cachar Paper Mill in southern Assam’s Hailakandi and the Nagaon Paper Mill in central Assam’s Jagi Road. The first was shut in 2015, the second two years later.

The Joint Action Committee of Recognised Unions, an umbrella organisation of the 1,800-odd employees of the two mills, have initiated a door-to-door campaign to make people aware of what they claim to be the BJP-led government’s “treachery”.

“We have visited many people’s houses in the Barak Valley. We will soon reach out to the masses across the state and appeal to them to not support the BJP government in the election,” Manabendra Chakraborty, President of the union, told media persons.

While a case to liquidate the employees pending salaries is still going on at the National Company Law Tribunal, in 2018, two years after BJP came to power in Assam, the then Union Heavy Industries and Public Sector Enterprises Minister Anant Geete announced privatising the two entities.

Mr Chakraborty accused the BJP government of “torturing” lakhs of people for years by not fulfilling its commitment of restarting the mills and paying the employees their dues.

So far, at least 82 staff members have died by suicide and of other reasons since the two units ceased functioning.

Elections to the 126-member Assam Assembly will be held in three phases on March 27, April 1, and April 6. The results will be announced on May 2.