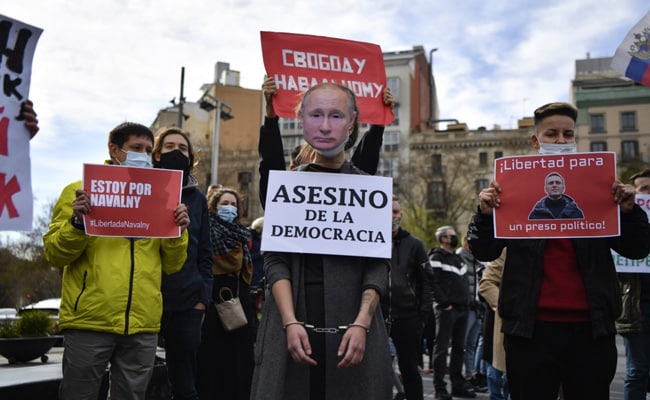 Russia on Saturday accused the US embassy in Moscow of publishing routes of planned demonstrations in support of Kremlin critic Alexei Navalny and demanded an explanation from American diplomats.

“Yesterday the US embassy in Moscow published ‘protest routes’ in Russian cities and tossed around information about a ‘march on the Kremlin,'” foreign ministry spokeswoman Maria Zakharova wrote on Facebook.

“US colleagues will have to explain themselves,” she added.

The embassy had distributed a “demonstration alert” to US citizens in Russia recommending they avoid protests in Moscow, Saint Petersburg and other cities.

Police on Saturday detained over 1,300 protesters, including Navalny’s wife, according to protest monitor OVD Info, as tens of thousands took to the streets to denounce President Vladimir Putin’s rule.

The US embassy in Moscow said Saturday it was following the rallies, adding that Washington supported “the right of all people to peaceful protest, freedom of expression.”

Kidnapping Claim Of Navy Man Who was ‘Burnt Alive’ May Be Fiction: Police