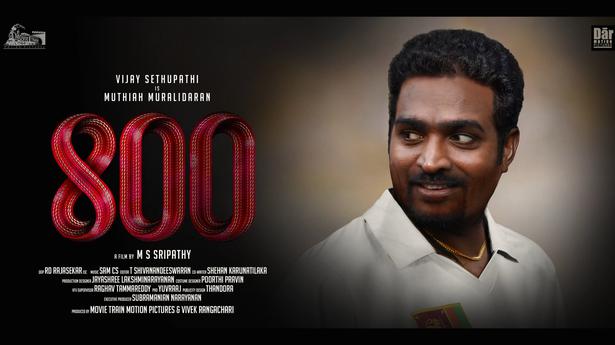 Retired Sri Lankan cricketing icon Muthiah Muralitharan asked actor Vijay Sethupathi, who was roped into starring in his biopic, 800, to “step away” from the project so as to not encounter problems in his career in future.

Vijay Sethupathi shared Muralitharan’s statement with a message ‘Nandri, Vanakkam’ as if to suggest that he won’t be starring in 800.

Writer of Muralitharan biopic: ‘There are shades of grey in 800′

In a statement from United Arab Emirates, former Sri Lankan legend Muralitharan, who is currently working as a bowling coach for Sunrisers Hyderabad team playing in the Indian Premier League, said that “he doesn’t want to be reason to derail the career of a great artist like Vijay Sethupathi.”

“He should not suffer any unnecessary obstacles in his career as an artist in future. Therefore, I request him to move away,” he said.

Muralitharan said that he has never felt “fatigued because of setbacks and has always won against all odds to reach where I have today.”

“I consented for my biopic to be made because it would provide inspiration and confidence to future generations and young cricketers. But there have been many obstacles. I hope that this film would be made despite these obstacles. I have been given assurances by the production house that they would make an announcement soon and I will stand by them for all their efforts,” he said.

As soon as the official motion poster of 800 was launched, political leaders and many from the Tamil film industry said that the actor should not act in the biopic of a person who had earlier made comments that was perceived to be in support of the war waged by Sri Lankan forces against LTTE, which resulted in deaths of thousands of innocent civilians.

The overwhelming opposition faced by Vijay Sethupathi prompted a clarification from Muralitharan who said that his statements made in the past about the civil war that ended in 2009 were taken out of context. He had said, “I did not support the killings of innocent people and I would not do it.”