Super models Lakshmi Rana, Candice Pinto and Deepti Gujral share their experiences of walking the ramp at digital LFW 2020 without a cheering crowd

For supermodels Lakshmi Rana, Candice Pinto and Deepti Gujral, fashion shows mean backstage frenzy with a swarm of designers, make-up artists and hairdressers, walking the ramp in a new ensemble to cheering fashion connoisseurs, influencers, celebrities and flashbulbs popping. “These memories are etched forever,” say the trio who will make a new beginning with digital Lakme Fashion Week 2020 from October 20-25. The models share their preparations, challenges and how they miss the live action in the post-pandemic fashion world.

Relieved to be back

“Media buzz, around 30 photographers taking pictures from the front row and a cheering audience are the norm at any fashion show. A digital show is much quieter; it’s sans audience and with only the crew,” says Lakshmi Rana who walks for designers Pankaj & Nidhi and Rimzim Dadu. She adds, “The live buzz is missing but everyone’s grateful to see the efforts to get the fashion industry back in order and give people work. Shoots in a digital format may not be as exciting as a live show, but it is a relief to be back.”

Lakme Fashion Week shoots were done in the first week of October and post-production work was completed in the last few days.

So how does a digital show work? A camera crew captures models walking on a ramp, showcasing the dsigns; multiple shots of different camera angles are then edited and presented in a grand way.

In contemporary fashion shows, models have to work fast since they showcase multiple outfits in a single show. In contrast, digital shows take more time due to re-takes to ensure the team gets the perfect shot. “The camera zooms in on designs and models need patience to follow instructions to suit the camera,” says Candice Pinto, who has modelled for two decades. She calls the cheering audience in a live show ‘an extra boost’. “We do miss that element but after having done fashion shows for so many years, it doesn’t affect us.” 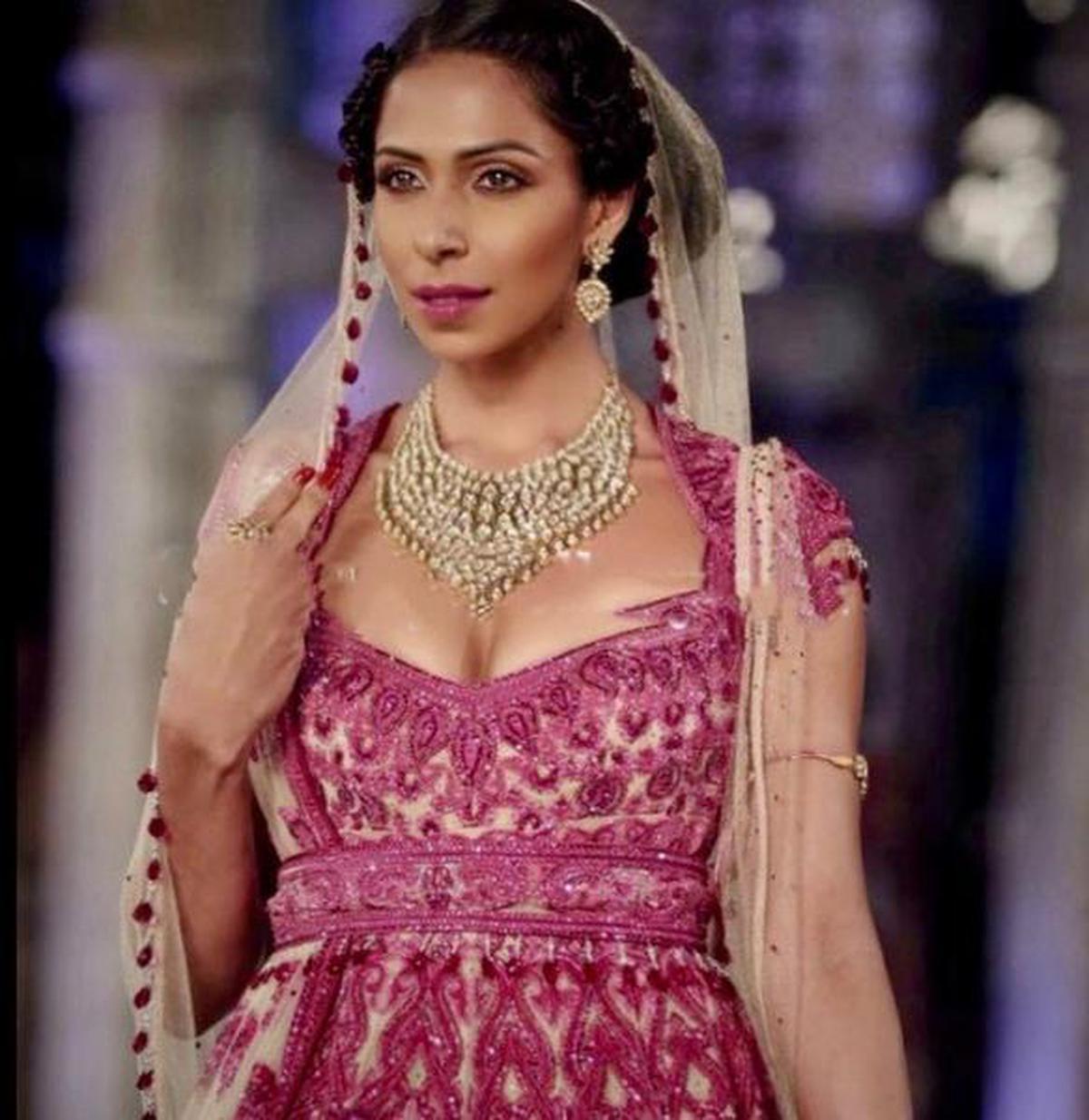 In her first digital show, Candice showcases designs by Manish Malhotra, Gaurang (Gaurang Gupta), JADE by Monica & Karishma and Abraham & Thakore. Admitting she was hesitant, she says, “Being from Mumbai, the worst-hit city, safety was the the first thing that crossed my mind. The protocol of testing us one week before isolating us in a hotel made us agree to the show. We were excited but also scared of the situation.”

Lakshmi, who had also participated in Digital India Couture Week 2020 adds, “It was amazing to see camera capturing even intricate details in a virtual display. I am also eager to see how the production team uses the shots in front of a green screen. There were just eight of us (models) shooting between shows.”

Deepti Gujral walking in her first virtual fashion week for Gaurang, Manish Malhotra, Bemberg Presents Hemang Agrawal says, “There is so much happening in the country, not just the pandemic but even the economy is low. It is a big thing if amid all this, we are able to keep the industry alive with a virtual show.”

The models would start by 10 am and wrap by 6 pm. According to Deepti, the best part of a virtual show is its re-shoots and editing scenes but the shows too have a time limit. “There is an equal amount of pressure and hard work. One can definitely take more shots but with four shows in a day, one cannot spend time re-shooting. Models have to be versatile to give good shots so that one can move on to the next shot to save time.”

Lakshmi considers her Rohit Bal’s show for Lakme Fashion Week Finale done four years ago at St Stephen’s College as her favourite. “The entire building was lit up, creating an amazing imagery; The show for Amit Agarwal at the iconic Mukesh Mills in Colaba was also special.”

She adds, “ Keeping the pandemic scenario in mind, I feel a sense of gratitude. However, I hope things will normalise by next year. I don’t think this is the only pandemic we are facing and there could be things which may go wrong later. People have discovered many positive points in a virtual format and I feel it is the future.”

Loaded with moisture, goat milk is a favourite in India’s skincare products