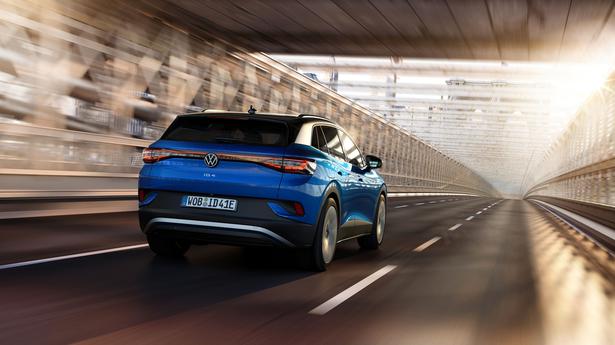 The models mark the start of a major push by Volkswagen into the electric vehicle market in China to take on the likes of Tesla and Nio Inc.

The ID.4 CROZZ model is being made by Volkswagen’s joint venture with FAW Group, while the ID.4 X is produced by a separate venture with SAIC Motor.

The models mark the start of a major push by Volkswagen into the electric vehicle market in China to take on the likes of Tesla and Nio Inc.

The German group did not disclose the price of the two models. But a presentation at the product launch said the starting price of the SUVs, which are larger than Tesla’s China-made Model 3 sedans, would be less than 250,000 yuan ($37,450) after electric vehicle subsidies from the Chinese government.

The starting price for Model 3 sedans in China is currently 249,900 yuan, after subsidies.

The ID.4 models will have driving ranges of over 400 kilometers and offer over-the-air software updates, Volkswagen executives said at the event.

Sales of electric, plug-in hybrid and hydrogen-powered vehicles in China are forecast to rise to 20% of new car sales by 2025 from just 5% now, the State Council said on Monday.

Around 1.1 million such vehicles are expected to be sold in China this year.