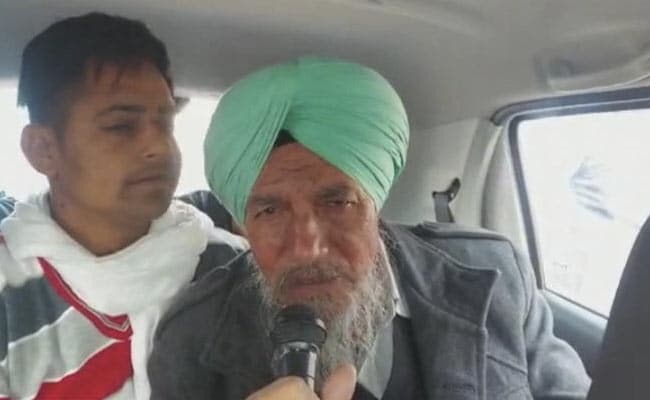 One of the leading farmers’ groups playing a big role in the protests has been accused of accepting foreign funds without proper clearances. The Bharatiya Kisan Union (Ugrahan) — the largest and most dominant in Punjab with a huge follower base — has been issued warning by a bank and told to get mandatory registration.

Sukhdev Singh Kokri Kalan, the general secretary of the group, has said he was called by the officials of Punjab and Sindh bank in Punjab’s Moga district and told about a mail from the forex department.

The group had received Rs 8 to 9 lakhs in the last two months, which was cited by the bank officials, Mr Singh said. The money is usually sent from Punjabis living abroad, who regularly donate for social causes.

The group, Mr Singh added, will take a call on their response once they receive written communications from the bank.

“NRIs who have been sending us funds are those who are Punjab and are abroad. They’re just helping. What’s the problem with that? It is their protest too. We’re not taking help from Arthiyas,” said Joginder Ugraha, the chief of BKU (Ugrahan).

Over the last years, the NDA government has tightened implementation of the laws about foreign donations and cracked down on multiple non-profits for rules violation.

Punjab Chief Minister Amarinder Singh has, however, said the use of tax laws on farmer groups was the Centre’s ruse to break the farmers’ protest against the contentious farm laws, which is on its 25th day.

Earlier this week, tax raids were conducted at the premises of several prominent arthityas of Punjab. Arthiyas or commission agents, have been actively supporting the protest.

The officials took action within four days of issuing notices, without even wait for their response, Mr Singh had said.

Calling it “vendetta politics”, the Chief Minister said it is evident that having failed to “persuade, mislead and divide the farmers” into ending their protest, the central government is now trying to weaken their struggle.