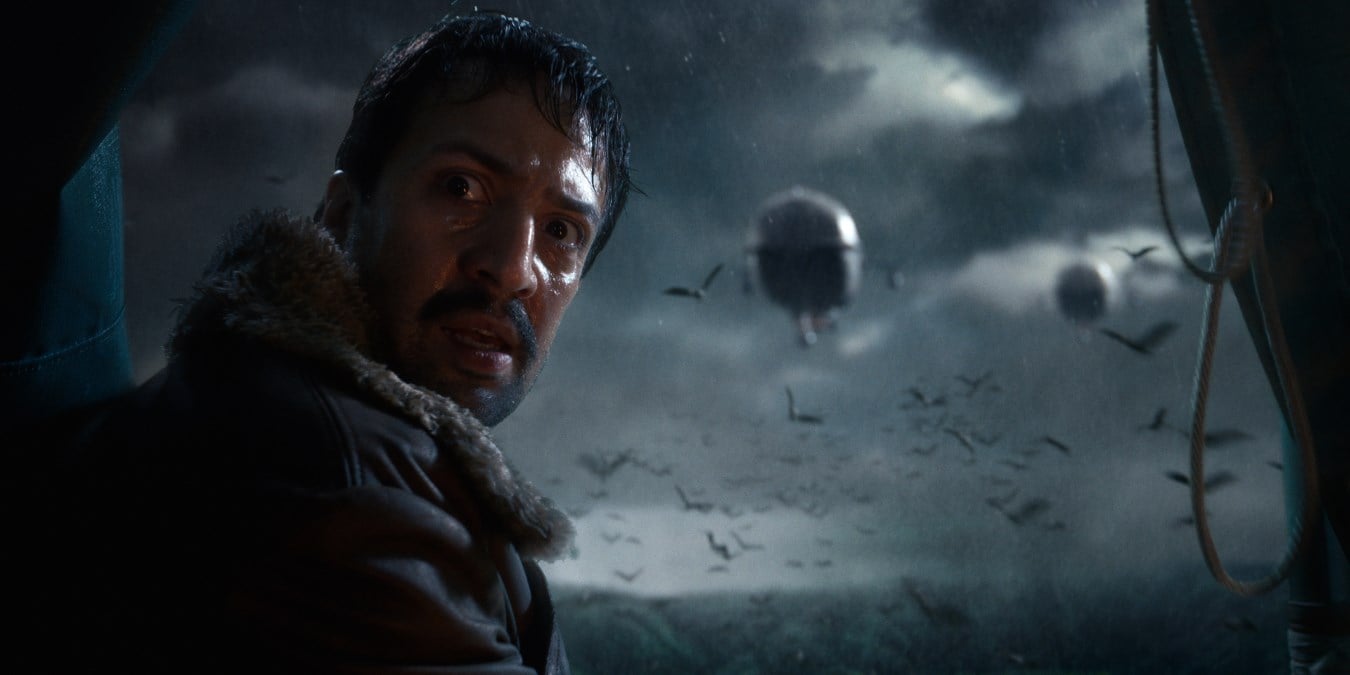 That includes Lyra’s mother Marisa Coulter (Ruth Wilson) under instructions from the Magisterium, the Church-like theological organisation that is the primary villain on His Dark Materials. But Marisa and the Magisterium aren’t the only ones looking for Lyra in His Dark Materials season 2. There’s also Lee Scoresby (Lin-Manuel Miranda) who consults John Parry / Stanislaus Grumman (Andrew Scott). Parry reveals he will need the titular knife, “one that can slice between worlds.”

On the opposite side, the witches are trying to unite to protect Lyra, because they believe a child — presumably Lyra given all the hints — will end the Great War that is coming. The Magisterium recognises the threat and seemingly fires the first shot at the witches’ island homeland. Meanwhile, Lyra and Will have threats of their own to deal with, thanks to spectres — they look as if they’ve been borrowed straight from Fantastic Beasts — that plague the new world.

Here’s the official synopsis for His Dark Materials from HBO:

“Adapting Philip Pullman’s award-winning trilogy of the same name, which is considered a modern masterpiece of imaginative fiction, the first season follows Lyra, a seemingly ordinary but brave young woman from another world. Her search for a kidnapped friend uncovers a sinister plot involving stolen children, and becomes a quest to understand a mysterious phenomenon called Dust. As she journeys through the worlds, including our own, Lyra meets Will, a determined and courageous boy. Together, they encounter extraordinary beings and dangerous secrets, with the fate of both the living — and the dead — in their hands.”

His Dark Materials season 2 will premiere November 15 (expectedly) on BBC One in the UK, November 16 on HBO and HBO Max in the US, and November 17 on Disney+ Hotstar in India.