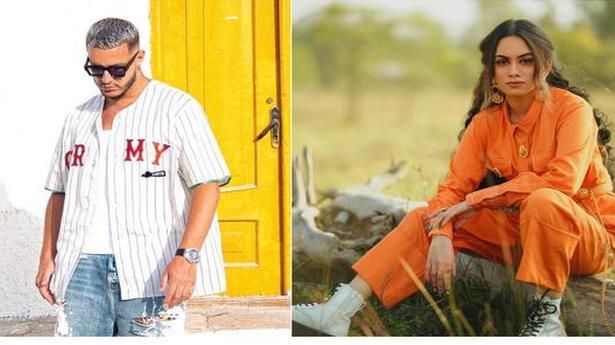 The remix, which retains the Tamil lyrics, features Snake’s signature electronic dance beats and was released on audio-streaming platform Spotify today (World Music Day) as a part of its ‘Spotify Singles’ program.

‘Enjoy Enjaami’, released in March under Maajja, an independent platform launched by composer AR Rahman, has over 264 million views on YouTube.

“A close friend of mine from India shared the song a while ago. I was like, ‘Wow, this song is sick!’ I loved its energy,” said Snake in a media interaction ahead of the remix’s release. “I was really excited when I got the opportunity to work on it. I knew exactly what I was going to do and finished it in about two hours.”

Calling Dhee a superstar, he said, “I didn’t know what she was saying in the song [which was in Tamil]. But I fell in love with her voice and her energy.”

‘Enjoy Enjaami’, albeit catchy, isn’t merely a dance number. Its lyrics talk about the Tamil migration to Ceylon during the Colonial era. Was Dhee, with Sri Lankan roots, cautious of not diluting the song’s story in the remix version?

“DJ Snake has done an amazing job in preserving the integrity of the song. He has made it more beautiful,” she replied, “The song has a really heavy core. It’s got history. But it’s also fun. It’s about bringing people together. And, that’s what [DJ Snake] tries to do with his music all the time.”

She added, “The success of ‘Enjoy Enjaami’ made me realise that human emotions and experiences are the same throughout the world. People seem to be connecting with the song regardless of where they’re from or what language they speak.”

Snake reiterated her point of music transcending language. “I couldn’t say anything in English eight years ago. But that didn’t stop me from falling in love with the music of Bob Marley, Michael Jackson, and all these huge artists from around the world. It’s about the music, the vibe, and the emotion.”

Snake, who has a big following in India, added, “I can’t wait for the pandemic to be over so I can come there. I’d love to meet Dhee and work on something new.”